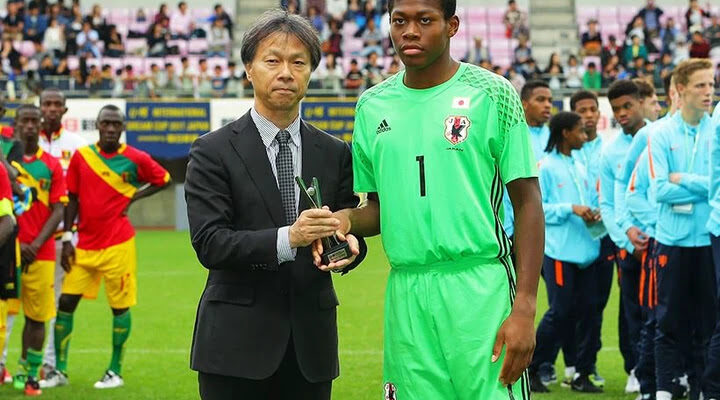 Zion Suzuki is a black Japanese goalkeeper who plays for Urawa Reds and the Japan national team.

He was born in the United States in Little Rock, Arkansas to a Ghanaian Ewe mother and a Japanese father.

Zion Suzuki began his goalkeeping career in 2013 with the Urawa Red Diamonds of Japan.

He was promoted to the first team in 2021 after appearing in six games in the Japanese J1 league.

Japanese National Team
Suzuki made his Japanese youth debut for the Japan U15 team in 2016. He has since represented the U16, U17, U18, and now the U21 teams.

He was named to the U21 squad for the AFC U23 Asian Cup in 2022. In the tournament, he played four matches and kept two clean sheets.