Home News Invitation of mining companies operating in Kogi is not to witch-hunt any investors—Kogi Speaker. 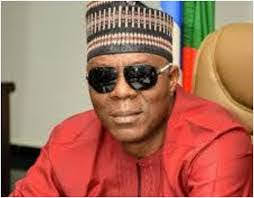 Invitation of mining companies operating in Kogi is not to witch-hunt any investors—Kogi Speaker.

Speaker, Kogi State House of Assembly, Rt. Hon. Matthew Kolawole who disclosed this on Saturday said the invitation of mining companies operating in the state by the assembly was not meant to witch-hunt any investor , but to charge them on the need to prioritize payment of dues and rendering of Corporate Social Responsibility to host communities.

Prince Kolawole stated this on Saturday during a public hearing organized by the assembly’s adhoc committee on internally generated revenue of Kogi state.

According to him, the assembly is currently investigating the issue of internally generated revenue of the state, saying it is expedient for the state house of assembly to look into the establishment of some companies in Kogi state.

He lamented that in the eastern part of the state, over hundred trucks of coal moved out of the state on daily basis without any benefit to the state, noting that the adhoc committee has been saddled with the responsibility to unravel the irregularities surrounding the operation of mining companies with a view to correct anomalies in the interest of the state.

“We also want to know the equity share of Kogi state in the company. It is not only Dangote cement factory, this exercise involved Mangal Nigeria Limited and other mining companies operating within the state.

“Part of the committee’s findings is to investigate the mining companies’ level of commitment in terms of payment of dues to government and rendering of corporate social responsibilities to the host communities” he said.

The Speaker who berated Dangote cement company for not honouring the invitation to appear before the public hearing, urged the adhoc committee to reschedule the exercise for this week Thursday, stressing that the exercise is not meant to witch-hunt any investor in the state.

Earlier, the Chairman of the adhoc committee Hon. Idah Tanimu Umar representing Lokoja I state constituency , said the assembly can not fold its arms without demanding for the rights of the state.

He therefore assured that the committee will block all the leakages the will hinder revenue generation of the state.

TAGInvitation of mining companies operating in Kogi is not to witch-hunt any investors---Kogi Speaker.
Previous PostTinubu has the capacity to restore Nigeria---Gov. Bello Next PostGov. Yahaya Bello appointed National Youth Coordinator of Tinubu-Shettima Campaign Council -----As Kogi speaker congratulates him