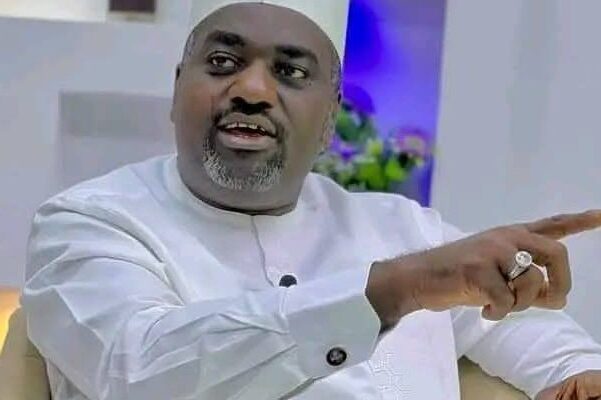 In Nigeria we all like to play who is the rising political star? trying to work out which politician or other politicos that is heading into political prominence or office, and who carry political influence and weight and in whose basket the people have the assurance to place their political eggs is important especially as we approach another era of elections.

For the people of the Ankpa/Omala/OLAMABORO federal constituency, the new political kid on the block and it’s rising star is easily known and it is no other than the House of Representatives candidate of the New Nigerian People Party,NNPP in the 2023 general election.

In this constituency that is acclaimed to be the most political sophisticated one in the state this topic seems always to be the favourite among political pundits, enthusiasts and commentators and there is always a frenzy of commentaries on this both pre and post election.

This commentaries always gives you a hint about the people’s resolve in their leadership recruitment quest on who gets what in the next election. Since the entrance of Hon.Ahmed Sanni into the race seeking to contest the next election to represent his good people of Ankpa/Omala/Olamaboro in the federal house of Representatives he has been acclaimed by his people as the new kid on the block and their rising political star which they claimed they are ready to unleach as their best gift to the National Assembly in the next political dispensation.

The reasons are not far fetched because make no mistake about it,the people see him as the man that will politically mark the end of an era where the people of the constituency wallow in the desert searching for the representative that will be their voice and the beginning of an era where they would get development in all it’s physicality and ramifications because of Hon.Ahmed Sanni’s great leadership resources.

Many are already celebrating his entrance into the fray of politics as the best step in the right direction considering what he has done for his people even when he is not in office.

For a man that has singularly blessed his people with the renovation of the Ankpa general hospital and also providing it with the needed drugs to attend to the health needs of his people free of charge, renovated the long abandoned Ankpa township stadium, builted boreholes across the three local government area, provided scholarships to many indigent students, supported widows and the poor in society and many more we can say it is not wrong for the people to acclaimed him as indeed their rising political sun whom they are pleased to support all the way.

The judgement and conclusion by the people that is their rising political star is however, often just a case of guts instincts.There is absolutely nothing incorrect about describing him as such considering the reasons behind this appellations.What makes someone his people’s political rising star is a sum total and function of his political and philantropy gesture to his people in times past.Hon.Ahmed Sani is not considered as the rising political star of his people not because of his ability to make two hours speeches as it is less so but because of his many activities which has directing impacted the lives of his people positively as the reasons for this kind judgement by his people that he is indeed the man to be supported all the way.He is called the rising political star because he has shown that he is destined to burn brightly and never fade with the people because of his history of always being by the people’s side and his commitment to their cause which has helped built his political brand that has an ingrained button that if well pressed continues to impress.
Hon.Ahmed Sani has a background in business that makes him see politics as the people’s business always doing all he can to salvage the life of the people and this trait of his has made him see politics as his little ways of giving back to the society.Recently he knowing the problems of his people builted an Okada park in Omala local government to support in his own little ways the struggling of his people.If academic attainments is considered among the criteria for a man being considered as the political rising star of his people then his area of expertise and work experience which makes him rise to the position of the national vice chairman board of trustees of the association of Nigerian travelling agents,NANTA. corresponds to his political choice of office he is now aspiring to.Generally speaking, in having some leadership career outside politics has put him ahead of others seeking this office as the man to beat in the race..

Comments of supports from already respected and well positioned individuals have already strengthened his position as the rising star and the man to beat in the election.Such supportive comments from his people have reinforced the good links and networks that has propelled him to do the necessary level of ground work which he is known to have invested time and effort to built over time.Known as a political team player especially in all his political dealings and pursuits which has shown that he understands the rule of the game by supporting always those around him.

His major strong points is that he understands the balance to be struck between towing the party line and not to be seen as a robot that is constantly “on message”.

He has already shown that when voted into office that from day one he will be active on the people’s behalf and always holding the government to account,scrutinising legislation but supporting the government when the need arises.

This includes his having the best leadership style qualities such as the ability to lead and motivate teams,creativity and hard-working.

We are assured that our new political star will conquer by easily winning the election and this we can take to the bank because he deserves it.
Mansa Wady
Abuja