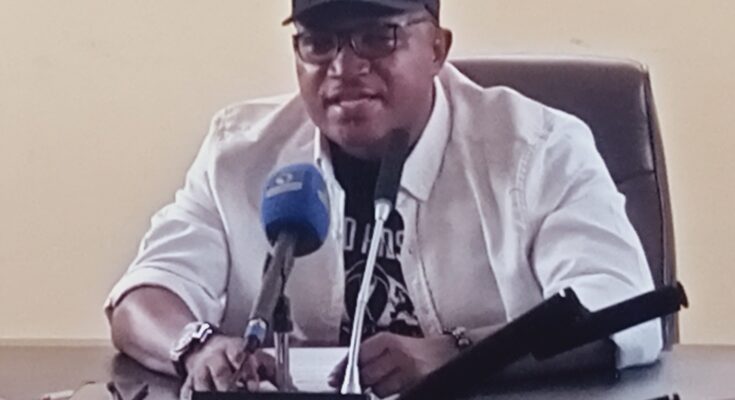 Governor Yahaya Bello reiterates his administration’s commitment to the funding of KOSACA, ———— 43, 000 persons affected by HIV/Aids in Kogi- Health commissioner

The Governor of Kogi State Alhaji Yahaya Bello, has reiterated the commitment of the state government to the funding of the Kogi State Agency for Control of AIDS (KOSACA) and the state HIV response drive

The governor who was represented by the commissioner of health Dr. Zakari Usman stated this at the One-day stakeholders round table meeting organized by Civil Society for HIV/AIDS in Nigeria (CISHAN) and Kogi state ministry of health to commemorate the 2022 World AIDS day.

The Kogi State Commissioner while addressing journalists earlier, said about 43,373 persons are currently undergoing treatment for HIV in the state.

He noted that December 1st every year is set aside for the commemoration of Worlds AIDS Day, principally to raise Public Health awareness on the HIV/AIDS pandemic and show support for people living with HIV.

The Commissioner also said the day equally gives opportunities to communities and stakeholders in the fight against HIV/AIDS to be United and advance the cause of the reduction of the epidemic.

He noted that the Theme for this year’s WAD celebration is “Equalised to End AIDS” , adding that it is a practical action needed to address inequalities and help end AIDS which includes increase availabilities of equality and suitability of services for HIV treatment, testing and prevention, so that everyone is well served.

Earlier the State Coordinator, Civil Society for HIV and Aids in Nigeria (CiSHAN) Kogi State branch, Mrs. Christy Oluwole Abayomi, had tasked the state government on the provision of test kits to enable those in the remote areas to have asses to HIV/Aids test.

The coordinator, who was represented by the Secretary of CiSHAN, Ambassador Idris Ozovehe Muraina, noted that by so doing the people will not get to acute stages before they can asses healthcare services.

The group noted that the fight against HIV/Aids requires a lot of government commitment, adding that, CiSHAN is committed to this cause, hence the stakeholders meeting to drawn attention to this all important programme.

She noted also that as civil society organizations they do more of community sensitization, saying that the health seeking behavior of Nigerians is very poor, hence the need to make this services available to the people at the right time before their health conditions deteriorate.

According to the group, it want a situation where everyone affected with the pandemic have equal asses to health care services without discrimination.

The governor of kogi state, Alhaji Yahaya Bello was accorded the patron of people living with HIV/Aids, while the commissioner of Health Dr. Zakari Usman was conferred with an award of excellence among other awardees.

TAG------------ 43 000 persons affected by HIV/Aids in Kogi- Health commissioner Governor Yahaya Bello reiterates his administration's commitment to the funding of KOSACA
Previous PostOSHIOMOLE IS A VICTIM OF HIS UNTAMED TONGUE Next PostBarr. Toyin Ojora Saraki Releases 8million Naira for the Clearing of educational materials, others