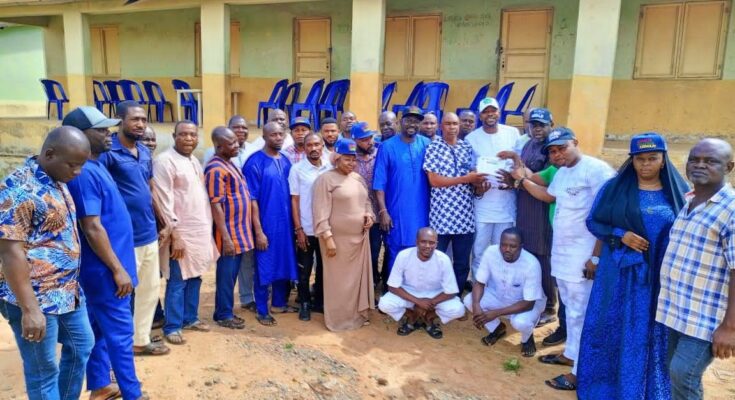 We will ensure overwhelming Victory for Tinubu/ Shettima- TSG, powered by Team Gamji

In their various contributions, the coordinators praised Alhaji Sanusi Abubakar Gamji for his efforts toward the development of Kogi central and Kogi state in general, saying that they will ensure an overwhelming victory for Tinubu/ Shettima.

During the visit, the chairman of the coalition, Alhaji Muhammed Sule Sunday SEA, represented by his Secretary General, Comrade Onusi Abdullateef charged the coordinators to work very hard for the success of Asiwaju/ Shettima presidency.

According to him, the chairman of TSG in Kogi, Alhaji Sanusi Abubakar Gamji, would ensure that whatever is due to everyone would be given to them

Speaking also Alhaji Haruna Ogunye commended the team for their hard work, saying Alh Sanusi Abubakar has been tested in the past, adding that he is someone that can be trusted.

In Ajaokuta and Ogori/Magongo Local government areas, Bashiru Abubakar, commended Moses Adedeji and Hon. Abdullahi Bello for the donation of office accommodation for the use of the group.

He assured them that their efforts to make Asiwaju/Shettima presidency a success will not be in vein, stressing that the era of ‘monkey working and baboon enjoying is over.

TAGpowered by Team Gamji We will ensure overwhelming Victory for Tinubu/ Shettima- TSG
Previous PostWedding Fatiha Programs of the Family of Alhaji Musa Tanimu Nasidi and Late Alhaji Muhammed Bello Maku Next PostToto LGC Debunks Claim by Bassas in Kogi of training militia to attack them.