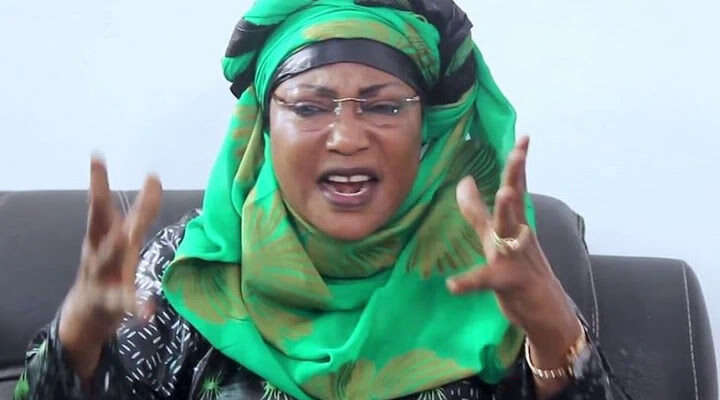 Najatu Muhammad, the former Director of the Civil Society of the All Progressives Congress Presidential Campaign Council (APC-PCC), has explained why she dumped the ruling party’s presidential candidate, Bola Tinubu.

She further argued that Tinubu is not only physically unfit to rule Nigeria but he is also mentally unfit to be Nigeria’s president.

According to one of her statements, Najatu Muhammad also said that “I sat with him for two hours in London; when you talk of green, he will give you an answer of red; he can’t even decipher; he has very serious dementia; I believe he has Alzheimer’s because he cannot even hold a cup of tea.”

“We had to collect the microphone from Tinubu when he was in Yola due to his lies.” “When you talk about being a leader for more than 200 million people, we need a competent leader, not someone whose health status is nothing to write about.”

“The truth that many don’t know is that Tinubu doesn’t have any good plans for Nigerians in the North.” It was when I asked him, “Sir, how will you tackle the problems of insecurity, terrorism, unemployment, out-of-school children, agriculture, and kidnappings in the North?” He replied by telling me he has nothing to offer them.

“Please let Nigerians, especially Northerners, be wise this time around and refuse to vote for Tinubu because he has no plans to end the problems battling them.” She said.

TAGWe Had To Collect The Microphone From Tinubu In Yola —Najatu Muhammad
Previous PostBetween Atta Ebira and Ohinoyi of Ebiraland Next Postkidnappers, cattle rustlers arrested in Kwara