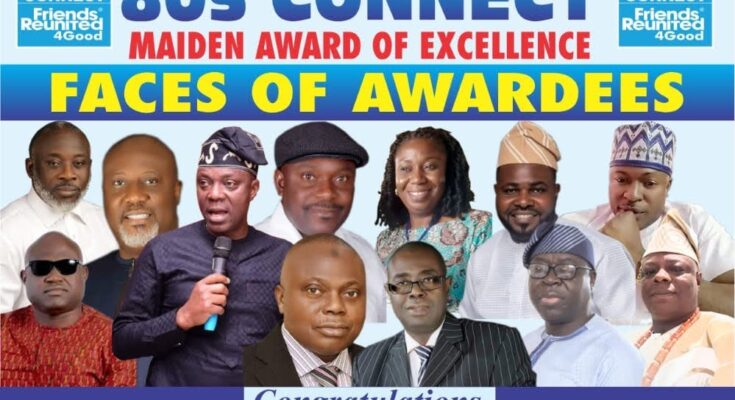 As part of the lined up activities to mark the Second year anniversary of 80s Connect one of the most formidable developmental Social Clubs in Kabba, the Award Committee has concluded arrangements to honour Twelve most outstanding personalities in her maiden edition of an Award of Excellence for their superlative performances in the various field of human endeavors.

According to a statement made available to our reporter in Lokoja by the Chairman of the Award Committee, Hon. Barr. Segun Modeyin, the Award Presentation Ceremony has been slated for 28th December, 2022 at Jonny’s Event Center, Kabba.

While congratulating all the Awardees for this outstanding honour, i hope this recognition will spur you guys to do more for humanity.

2019: We Will End King Pharaoh's Reign in Kogi – Says Melaye