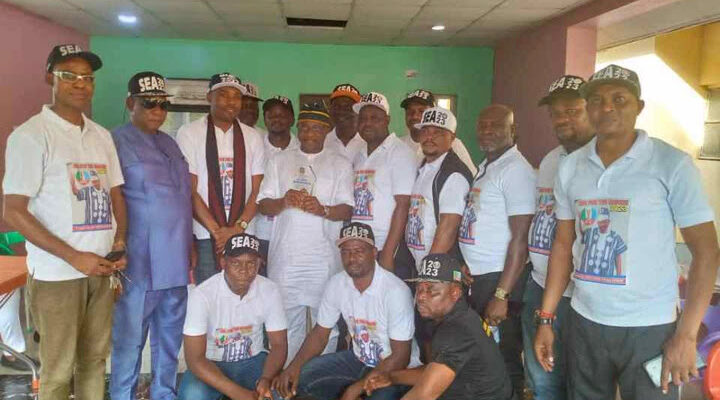 The All Progressives Congress, (APC), candidate for Ajaokuta Federal constituency, Barr. Sanni Egidi Abdulraheem, has assured the people of his constituency of his resolve to give them quality and responsive representation if elected in 2023

Barr. Sanni who stated this in Ajaokuta, when he received an award of excellence from a group, Ajaokuta Social Mega Group, based in Ajaokuta steel township, dedicated the award to the the executive governor of Kogi state, Alhaji Yahaya Bello.

According him everyone will be involved decision making through inclusive system, so as to ensure that the people get the full benefit of his representation in the national Assembly.

He promised to work with the executive arm of government to ensure the completion and full operation of the Ajaokuta steel complex to generate massive employment for the teaming youths of the area and Nigeria as a whole.

While thanking the group for the award, which he described as an expression of their love for him, Barr. Sanni promised not to take their support for granted

He urged the people to vote massively for all the candidates of APC from the presidential candidate, Asiwaju Ahmed Bola Tinubu and others.

The chairman of the Ajaokuta Social Mega group, Ozavinoyi Salami who presented the award to the APC candidate, said Barr. Sanni has done so much for the people and deserved their support, saying that the 2023 election is a pay back time for selfless service to his community.

He called on the people to support him in his quest to give his constituents the needed quality representation.

According to him the award was in view of his human capital development and various empowerment skills carried in his constituency.

The high point of the occasion was the erection of a campaign bill board for the APC candidate at the steel township.