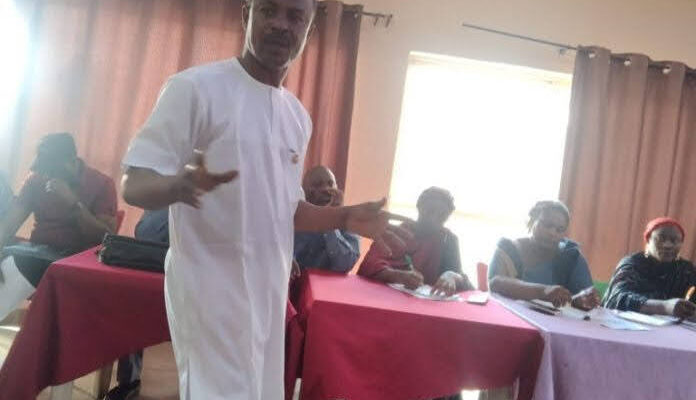 Speaking at the occasion in Lokoja, the Chief Executive Officer (CEO) of the media organisation, Mallam Isiaku Ahmed, stressed the need for Journalists to factor in budget tracking and reporting in the process of reporting budgets to ensure good governance.

The workshop has the themed:”Budget Tracking and Reporting” Get Involved , Dialogue and Improved Projects-GDRIP.

He said this became necessary in view of Journalists in information management as well as the role of budget in the social and economic life of the people.

According to Ahmed, the workshop is aimed at building the capacity of Journalists on budget process and procedures,train them on how to track and report Constituency as well as development and write investigative story ideas on constitution projects.

He described the timing of the workshop as apt, adding that the knowledge derivable from the exercise would impact on the job of Journalists whose duty is to report government budget.

“This is the ending of transition to a new government and end to an existing regime which must give account to the people,”he said.

He said that in tracking and reporting budget in this regard, Journalists must the know how much is budgetted for certain project,how the money would be generated and spent among others for effective monitoring.

Mr Henry Omokaiye of the Budget Foundation, who was one the resource persons at the workshop,stressed the need for Journalists to track and report budget, from the formulation to the last segment of preparation to ensure a budget that fulfilled peoples’ yearnings and aspirations.

He called on the ministries to do their budget within their limit in terms of allocating resources to projects, adding that budget calendar must be stable from year to year and allow key stakeholders adequate time to effectively participate in the planning process for the document to meet its aims and objectives.