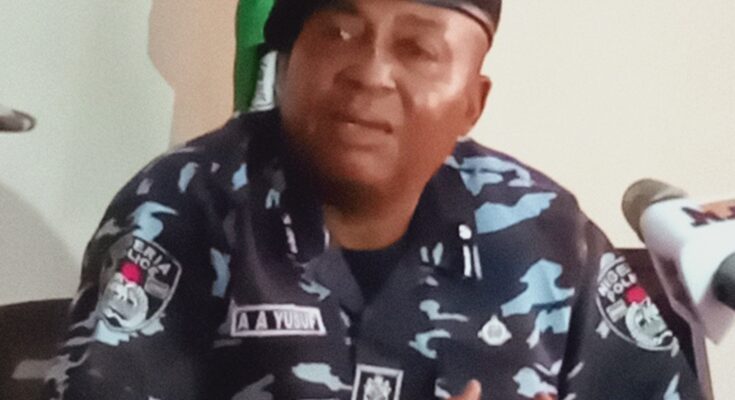 The Kogi state Police Command on Wednesday quizzed some candidates and chieftains of the opposition Peoples Democratic Party PDP, following a petition allegedly sent to it by the state Governor, Alhaji Yahaya Bello.

It was titled “Invitation: Re: State of Security in Kogi state and Request for Assets Needed to curb emerging Security Challenge in the bud”.

The letter which was signed by the Area Commander, ACP Ben Osuji, reads; “I refer to His Excellency the Governor of Kogi State’s letter dated 9th November, 2022 on the above subject matter and related letters.

“In order to give effect to the directive of the Inspector General of Police for a consolidated investigation/report, the Commissioner of Police Kogi State has constituted an investigation team to investigate all aspects of the complaints.

“You are therefore invited for an interview with the investigation team as follows: Date: 23 November, 2022. Time: 1200pm (1200hrs) Venue: Office of the Area Commander, Karaworo Street, Lokoja.

“You are further requested to come along with the people listed below your name.

“Accept the assurances of highest regards of the Commissioner of Police Kogi State, please”.

Spokesman of the Command, SP William Ovye Aya did not immediately respond to calls and a text message sent to him seeking further clarifications on the letter. However, one of those invited confirmed honouring the invitation.

“Today, we honoured the invitation as scheduled, and after several hours, we were admitted to bail.

“According to my interrogators, they were told that I led thugs to destroy a flex banner hung at the Oboroke Shopping Complex and which promoted the aspiration of the APC Adavi/Okehi Federal Constituency candidate, Hon. Idris Ozi Shuaib.

“There can be nothing farther from the truth, as I have come too far to engage in such things.

“As we play politics ahead of next year’s election, we must be mindful of fifth columnists who are bent on sowing discord.

“I remain unshaken in my firm commitment to the PDP and its candidates in spite of well-structured threats. We shall not bow to threats or intimidations.

“I enjoin our members to continue to adhere to the rule of law and to always keep their heads high”, said Mr Yakubu.