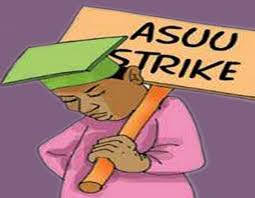 The National Industrial Court on Wednesday ordered the Academic Staff Union of Universities (ASUU) to call off its seven-month-old strike.

Recalled that the Academic Staff Union of Universities (ASUU) has been on strike since February 14, 2022 as talks between the Federal Government and lecturers of public universities have not yielded a comprise upon which students can return to class.

Delivering a ruling on the interlocutory injunction filed by the Federal Government, Justice Polycarp Hamman, who is a vacation judge, restrained ASUU from continuing with the industrial action pending the determination of the suit.

Justice Hamman also ordered that the case filed be returned to the president of the Industrial Court for reassignment to another judge.