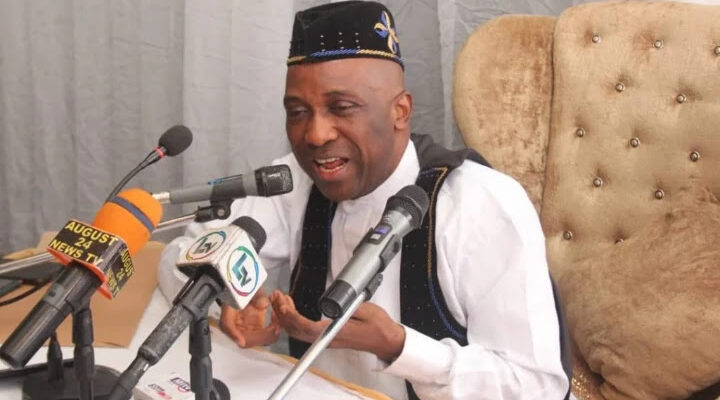 The leader of INRI Evangelical Spiritual Church, Primate Elijah Ayodele, has said fuel would soon sell for N250 per litre, and pure water will sell for N50.

Primate Ayodele disclosed this through a statement released by his spokesperson, Oluwatosin Osho while warning that the rate of inflation would rise astronomically.

Ayodele said that the nation was approaching the point where the police and army will go on strike because the government would not be able to pay their salaries.

Our economy is in a terrible state, and Ayodele claims that eventually the police and army would go on strike over unpaid wages.

“Nothing is coming from this administration anymore; it is unclear and will have an impact on both the rich and the poor, and even banks will fail and have to push some of their employees into retirement. Private sector businesses will face tough times in this economy, and international corporations will start to close.

Families Of Kidnapped Kwara Driver Cry For Help As Kidnappers Reduced Ransom To #500,000