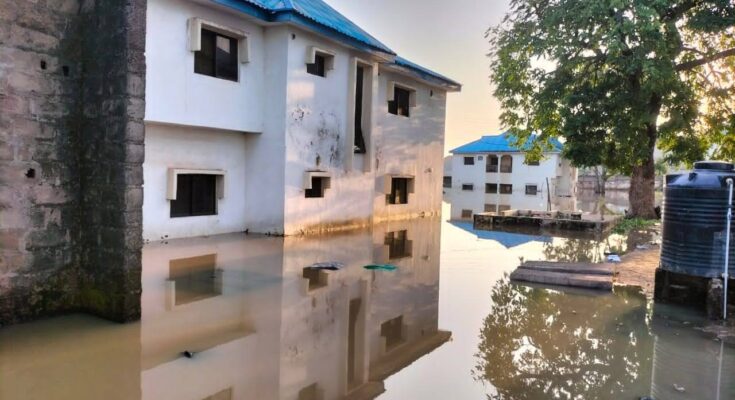 THE official quarters of the Speaker, Kogi State House of Assembly, Rt. Honourable Prince Matthew Kolawole and that of his deputy, Honorable Rabiu Ishiaka Momoh and other members have been submerged by flood in Lokoja.

Kogiflame visited Kogi State House of Assembly Quarters along Ganaja road on Tuesday and it was discovered that the quarter has been totally submerged and many of the members as they relocated to different places respectively.

Some of the members who don’t want their names in prints was not happy that the Governor did not bother to visit their quarters for an on spot assessment like he did visited old market and other areas within Lokoja.

They stressed that the Commissioner of Environment, Hon. Victor Omofaiye who was once their colleague did not also bother about their plight to see what the members are currently facing with the flood situation.

Other areas visited like Ganaja village, Adankolo, Old market still remain the same as the water level keep increasing and not showing any sign of leaving soon.

The 2012 flood experience is like a child play compare to the 2022, as thousand of house holds has been render homeless.