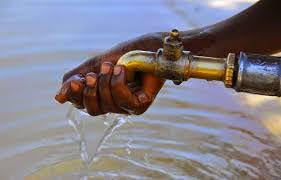 Residence in Lokoja the state capital of Kogi State are presently facing water scarcity as the N10.5 billion water treatment plant which was completely submerged by the October flood has been damaged completely.

The Kogi State Commissioner for Water Resources, Honourable AbdulMumin Danga who conducted disclosed this while conducting newsmen round the plant over the weekend.

He expressed shock about the extent of damages done to the pumping machines, water treatment machines all of which were submerged to about three weeks the flood lasted.

He said that most of the machines have been damaged beyond repairs and needed outright replacement.

The commissioner in response to our Correspondents enquiry as to what caused severe water scarcity in the capital since last October however disclosed that the state government have since ordered for replacement of the machines from the original manufacturer and expecting delivery soon.

Danga noted that as palliative measure, the government had done some repairs at the Old Lokoja Water Works for water supply to some parts of the state.

According to him, the Old water works is currently supplying water to nearby communities of Kabawa, Karaworo, Ipata, Cantonment, Maigari palace and Traditional areas of the confluence city.

He said that he had personal meetings with some leaders, groups and residents, where he appealed to them to be patient, saying it had never been like this since the inception of this government.

”I believe in the next two weeks the equipment will arrive and it will not take between four to five days to install them, and water will be restored to the metropolis,” Danga said.

He, therefore appealed to the residents to be patient with the State Government, saying, ”we are doing everything possible to make water available across the confluence city within the shortest possible time”.

The commissioner stressed that the problem was due to natural disaster and not state government fault.

The plan was built during the administration of Governor Ibrahim Idris.