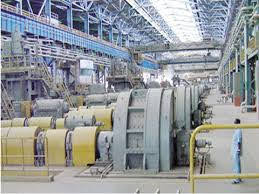 The federal government yesterday disclosed that it had agreed to pay $496 million to settle a multi-billion dollar claim from Global Steel Holdings Limited following the termination of a contract to upgrade the country’s steel plants.

The figure was revealed in a report b Mining.com, an online news medium with focus on the global mining and metals industry.

As shown in the Mining.com report, the Attorney General of the Federation and Minister of Justice, Mr Abubakar Malami confirmed the resolve of the federal government to pay the claims.

The agreement had taken place after years of mediation and there had been hopes that Nigeria would begin to produce steel. But that never materialised.

The negotiations for amicable resolution of the Ajaokuta crisis had dragged on since 2008, leaving the country’s steel and industrial sectors largely in comatose.

But the news medium quoted Malami, who it said led the negotiations, as having said that the government had managed to get a 91 per cent cut on the original claims of $5.258 billion

“I pay tribute to President (Muhammadu) Buhari for his dedication to resolving this problem and wrestling back a crown jewel of our national industrialisation plans rather than leaving the endeavour to the future administration to deal with,” he was quoted as saying.

Global Steel Holdings Limited, an Indian company, won the concession of the Ajaokuta steel mill for 10 years, but the agreement was revoked when the federal government accused the firm of asset stripping, a development that led to a court case between the two parties.

To resolve the matter, NIOMCO was reportedly ceded to the GSHL for the remaining period of the concession in line with an agreement reached during mediation talks.

Global Steel, which is linked to India’s Mittal family, had between 2004 and 2007 acquired rights to Nigeria’s entire state steel industry via five major concessions and share purchase contracts.

The deal also included access to Nigeria’s iron ore reserves and the central railway network. But in 2008, the government of the late President Umaru Musa Yar’Adua terminated the contracts.

Global Steel sought arbitration at the International Chamber of Commerce, Court of Arbitration in Paris the same year.

Between 2011 and 2020, Global Steel and the Nigerian government made several attempts to settle but failed, according to Mining.com.

Nigeria is said to have been losing billions of dollars in revenue and job creation opportunities for the last 35 years on the project, although the federal government reportedly  sunk over $10 billion to start milling

The project, which as far back as 1994 was said to have reached 98 per cent completion, has the capacity to provide direct employment for 10,000 technical staff and indirect 500,000 unskilled upstream and downstream employment

The steel plant was designed to produce 1.3 million tons of liquid steel per annum in phase one, with a built-in capacity to expand its production to 2.6 million tons of flat iron and steel products in its second phase.

The plan for phase three was to produce 5.2 million tons of various types of steel products, including heavy plates and has the capacity to become a major catalyst for the production of industrial machinery, auto-electrical spare parts, shipbuilding, railways and carriages