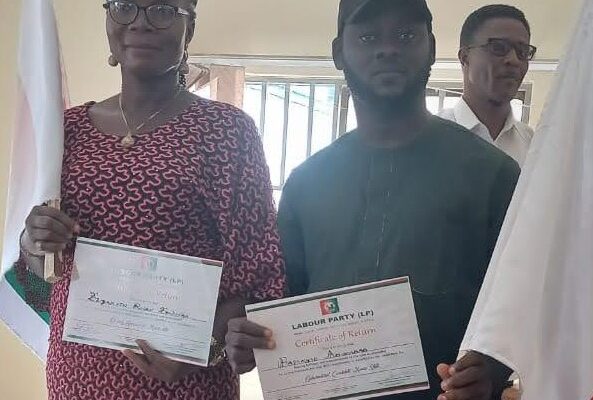 The Labour Party (LP) has announced Mallam Basambo Abubakar and Ronke Ehindero as it’s gubernatorial candidates and his deputy respectively for Kwara State in the 2023 general election.

While ratifying the candidates, the State Chairman of the party, Chief Rotimi Kehinde Adekunle said the party is on a mission that no one can stop across the country.

After receiving the flag, the governorship candidate in his acceptance speech stated that the time to rescue Nigeria and Kwara State is now calling on youths to wake up and be part of the movement.

Basambo, a former student activist who stated that Nigeria must move from being a consuming nation to a producing nation added that an end has come for corrupt politicians who has put the country in mess

Officials of the Independent National Electoral Commission INEC were on ground to monitor the event.