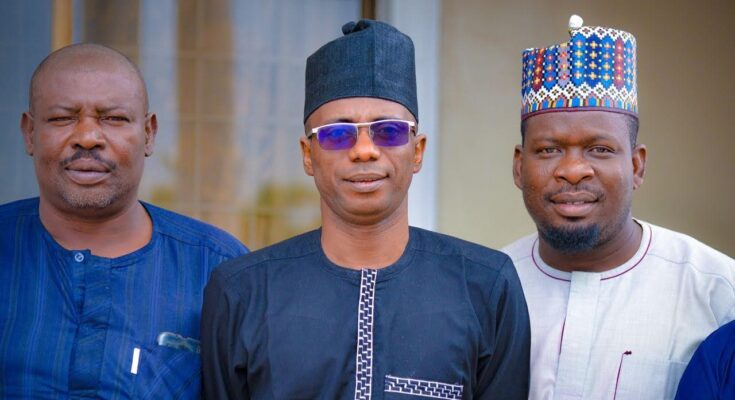 …. defectors are coming back home- Fanwo

The leadership of the All Progressives Congress in Takete Ide/Otafun Ward in Mopamuro LGA has promised to deliver massive votes to the candidate of the party in the next House of Assembly election, Mr Olawumi Jacob, saying the Ward will remain a stronghold of the ruling party.

The resolution was reached at a meeting of party leaders with the candidate at the residence of the Hon. Commissioner of Information and Communications, Hon. Kingsley Fanwo.

Speaking at the meeting, Hon. Fanwo assured the candidate that the party at the Ward will continue its winning streak at the polls in 2023.

“Since 2019, the party has never lost a single election in this Ward. In 2023, we will deliver again by the grace of God and the support of our people.

“The leaders of the party have met and brainstormed. We are not underrating the opposition parties. We will work hard to win convincingly.

“Our party will remain strong in Mopamuro LGA. We are loyal to the leadership of our leaders and by the grace of God, victory is assured.
“We will work hard to win the Presidential, Senatorial, Reps and the Assembly polls”.

On the detection of some party members in Yagba Federal Constituency, Fanwo said efforts are ongoing to bring them back to their”home”.

“Those who left are our members and we will make sure they come back to their home. Leaders across the Federal Constituency are working hard to bring them back. You can not leave a strong shelter to a weak shelter. APC is a strong shelter for all”, he said.

Also speaking at the meeting, the Local Government Chairman of the All Progressives Congress, Hon. Charles Omoyele also assured the candidate that the party will work in unity and strength to clinch victory.

He called on party members to put the “heat of the primaries” together and work as a united front.

The leader of the party in the Ward, Elder Joseph Olojo said all hands are on deck to make Mr Olawumi Jacob the next member to represent Mopamuro Constituency in the State House of Assembly.
In his response, Mr Olawumi thanked the leadership of the party in Takete Ide/Otafun Ward, assuring them of his readiness to give the Constituency quality representation.

His words: “It is an honor to enjoy the endorsement of this Ward and our leaders here to work together for our victory.

“Despite all that transpired during the primaries, it is amazing that our party has come together to ensure victory. I will not take this for granted”.