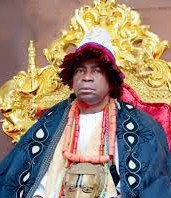 This was contained in a statement issued on Friday by the Secretary General Abdul Aji and the Assistant Secretary, Godwin Egbunu which was made available to newsmen in Lokoja.

According to the group, the said land Ane Oba land belong to Ame-Onojo and not Chief Marvins Onalo as he is going about with some documents suspected to be forced claiming the ownership of Oba land.

They stated that it is pertinent therefore to state that, in John S Boston’s works on Igala Kingdom, no trace or mention of his ancestors, how then can he come now to claim the ownership of where he does not belong.

“He does not belong to family or the lineage of appointment Earth Shrine Priest of Oba land. Edibo Ojata whose name Chief Marvin is bearing, one time in the early 70s imposed himself on the people but was dethroned by a court of competent jurisdiction of 5th September, 1973 for the fact that the land the late Edibo Ojota claimed reign over was not his land

“From the foregoing therefore, it cannot be possible for Marvin to claim the ownership of the land since Edibo Ojota his father lost the stool because he could not trace his descent to the throne. The land was a virgin land when Ame-Onojo came to annex and named it Ane-Oba, therefore has no issue of disagreement between us and any clan on the ownership since precolonial era.

The group pointed out that the Headquarters of Ane-Oba is located at the center of the said traditional land covering an area of about 3,000 kilometers stressing that the villages and hamlets in the area are Igojo Headquarters, Ofekpe,Ogba, Oloko Udo,Ojigba,Idebu, Oko-Ate,Ajichifu Ojuwo Aji,Ikpalaja,Ajabeota Ojuwo Omachi and Alijobu while the entire Ane-Oba extends to and covers Okpaka,Akoji,Ajatokwunu Emu, Ajebenehi, Ogbabo, and Olofu Ochadamu while the Headquarters is said to be located in the western fringes of the land in the midst of running streams.

The group noted that with their submission they are convinced that the Atta Igala has seen the truth, known the truth and should not accept lies told by anyone.

“We therefore appeal to His Royal Majesty Attah Igala, Alhaji Mathew Oguche Akpa 11 and his Councilors to ask Chief Marvin’s Onalo Edibo to stop parading himself as the owner of the land.

“As peace loving people, we have been enduring threats, harassment using police, vigilante and abominable insults from Chief Edibo. We reject any further unruly behavior of Chief Edibo henceforth. We believe that the Attah’s decision will be pragmatically based on the facts of history.