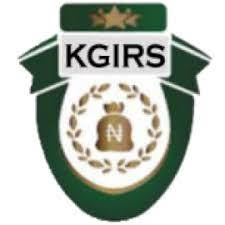 Kogi State Government has sealed off all First Bank Nigeria PLC branches operating in the state on the order of a Kogi High Court sitting in Lokoja.

The seal was effected by Kogi State Internal Revenue Service (KGIRS) following the inability of the bank to liquidate its outstanding tax liabilities of over N411.12 million to Kogi State Government.

Barr Saidu Okino, Director, Legal Services at the KGIRS, while speaking with newsmen on the seal off said the amount represented outstanding withholding tax from the bank’s mobile banking agents from 2015 to 2022.

He said that the action of the board was as a result of the refusal of the bank to liquidate the liability despite several several demand notices to that effect.

Okino said that approaching the court was as a last resort as all other measures to make the bank pay up proved abortive.

“Before we went to court, there was a Demand Notice to that effect dated 12th day of October 2021 and signed by the then acting chairman, Abubakar Yusuf.

“We made several attempts we sent them a notice of the intention of the service to take warrant of distrain so that we can do whatever is needful on 25th day of February, 2022 but was ignored.

“On the 25th of August, 2022 Notice of Refusal to amend their liability was served on them. We did not on our own roll out our machineries to go and seal.

The Service, he said, prayed for an Order of the Court to execute Warrant of Distrain against the defendant by her goods, chattels, bonds, security or any other property.

It also sought distrain upon the land, office, business premises or place of management of the defendant (First Bank Nigeria Limited)’s offices in Lokoja, Okene, Kabba, Ajaokuta and any other movable property of the defendant found Within the jurisdiction of Kogi State.

The Board also sought an order that “the defendant bears the cost of executing the distrain in pursuance of section 104(5) of PITA and section 51(5) of the Kogi State Harmonized Tax Law, 2017, as accessed in the sum of N250,000 per site each day.

The presiding judge, Justice Rukkayat Ayoola in her ruling granted all the reliefs sought in the Motion Ex-parte supported by an eight-paragraph affidavit and deposed by Mohammed Ibrahim, a civil servant.