Home Politics ATTEMPTS TO DISRUPT AND REPRESS PETER OBI SOLIDARITY RALLIES BY THE STATE: A CALL FOR CAUTION AND NATIONAL INTEREST: A PRESS RELEASE OF THE MOSES OISAKEDE LEADERSHIP FOUNDATION 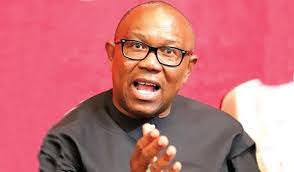 ATTEMPTS TO DISRUPT AND REPRESS PETER OBI SOLIDARITY RALLIES BY THE STATE: A CALL FOR CAUTION AND NATIONAL INTEREST: A PRESS RELEASE OF THE MOSES OISAKEDE LEADERSHIP FOUNDATION

It has come to our knowledge that there are plans to disrupt, frustrate or outrightly repress rallies and marches being conducted by Nigerians in solidarity with the candidacy of His Excellency, Peter Obi and Datti Ahmed in the 2023 elections. The outright attack on marchers in Ebonyi State and the attempt to frustrate a similar event in Kwara and Lagos State lend credence to the authenticity of this claim.

With the October 1st Independence Day solidarity rallies already scheduled by Coalition of Peter Obi Support groups, it is important for us to advise and warn against such attempt whether clandestine, subterranean, imagined or orchestrated.

It is clear to the entire world that these rallies are not funded, initiated, organised or encouraged by His Excellency, Peter Obi and Datti Ahmed. Nigerians, suffering from frustrated hopes, are organising these marches to show their disposition to Peter Obi as the preferred candidate for the Presidency of the Federal Republic of Nigerian come 2023 elections.

Rather than go for any revolutionary engagement that could deter the development of Nigeria or worsen the present experiences of the Nigerian people economically and socially, the Nigerian people have decided to organise themselves in a coordinated pattern drawing strength from their Personal Voters Card (PVC). To frustrate this civil and very patriotic approach is to encourage Nigerian youths for the alternative which might spell worse experience for the renegade ruling class and their compradors collaborators.

Therefore, to attempt to subvert that peaceful process by any person, institution or administrative machinery of the state is basic wickedness that will be resisted at all cost and by all civilised means.

We urge the government to have faith in their oath of office and understand that the interest of the Nigerian people takes precedence.

To be forewarned is to be forearmed.

TAGATTEMPTS TO DISRUPT AND REPRESS PETER OBI SOLIDARITY RALLIES BY THE STATE: A CALL FOR CAUTION AND NATIONAL INTEREST: A PRESS RELEASE OF THE MOSES OISAKEDE LEADERSHIP FOUNDATION
Previous PostAll Set for Final Funeral Rites for Obaro's Dad Next PostKogi Govt seals up Church involved in criminal activities in Okene