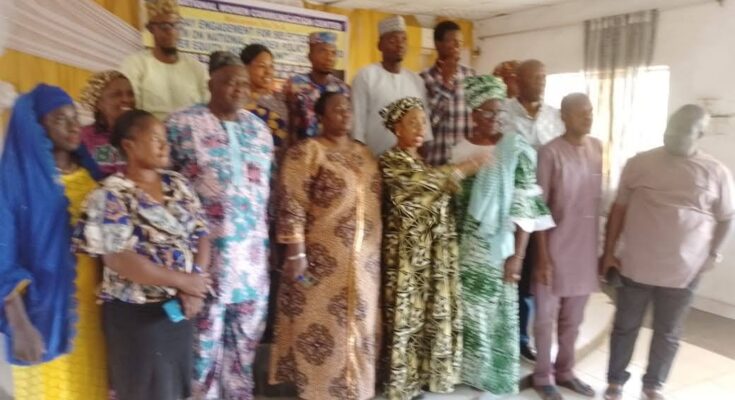 Women with proven integrity and character have been encouraged to contest for political offices to enhance gender inclusion in Nigeria electoral process.

This was part of a communique issued at the end of a one-day engagement for selected media platforms on national gender policy and gender equity and social inclusion.

The event was themed, towards implementation of electoral integrity and accountability in Kwara State, courtesy of the International Women Communication Cenre (IWCC) and supported by the McAthur Foundation.

According to the communique, such process will expand possibilities for credible women to be elected and promote good governance in the country, especially in the grassroots areas.

“There should be a level playing field for both male and female and equal opportunities to acquire education.

“There should also be public sensitisation on the need to treat both sexes equally while female gender should be supported to vie for political offices.

“The media should give both gender equal opportunity to air there views and there should be the need to engage religious and cultural groups to support gender based policies”, it said.

Speaking at the event, Executive Director of International Women Communication Centre, Hajia Nimota Goroso Giwa, said the programme was a media engagement to harvest input for domestication that will form the fulcrum of the national gender policy.

“This programme is a media engagement to duel on the issue of national gender policy, electoral policy and gender inclusion and the perspective of the media on the issue.

“We have collaborated with INEC, Ministries of Education and faith- based institutions all over the country to collect their input and what they think are the missing gaps or things that were not included to get it localised and gazetted before it is passed into law.

“We want gender mainstreaming to be applied in all aspect of our development”, she added.

Giwa said “This is an ongoing dialogue and we are going to have a conference in Kwara next year whereby all the issues we have articulated will be put together to form the national gender policy and taken to the Kwara State House of Assembly.

The expectation, she noted, to come up with a strategic planning meeting to address all the issue raised by the stakeholders for everybody to have input and own the documents.