Home Politics Vote only leaders who are in support of local government autonomy -NULGE National President. 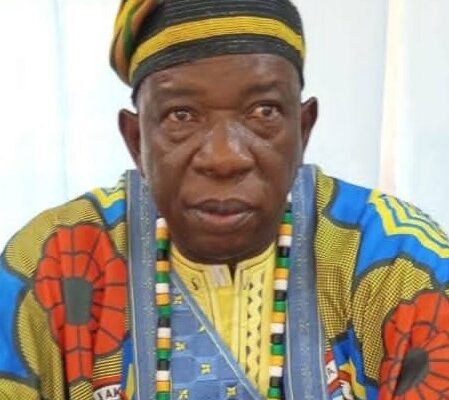 Vote only leaders who are in support of local government autonomy -NULGE National President.

Comr.Olatunji made the remarks at the 7th State Quadrennial Inauguration of the newly elected Executives to run the affairs of NULGE in Kogi State, disclosed this on Tuesday.

The NULGE president who praised the Kogi State Government and the State Assembly for the passage of the LG autonomy bill said that only Leaders who are ready to fix local Government administration, which the National President described remains the foundation upon which nationhood revolves.

He noted that Nigeria is no longer the country the citizens dream of, drifting on the brink of collapse.

According to him, Nigeria is drifting as a result of bad leadership, says the last four years under the present administration shows that the country has no one in charge, drifting with nobody in control.

” This is not the Buhari Nigerians voted”, urged Nigerians to pray, rise to the occasion to elect credible leaders in 2023, pointing out that the President has failed to provide security to the nation’s insecurity” he said

He lamented that the country is going through the worst of insecurity, disclosed that the Federal Capital Territory is now vulnerable to insurgents, described the current insecurity challenge as a shame.

The National President disclosed that the inauguration with the current challenge in the country, makes it an occasion that calls for Nigerians to review happenings, lamented that Nigeria has become the headquarters of poverty, insurrection, joblessness and all sought of evil in Africa.

He called on the Minister of Finance and the Central Bank Governor to with immediate effect resign from office, lamented the exchange rate which is on the high, is a shame due to the policy of the Financial managers, pointing out that they are bereft and have lost out of ideas.

He lamented that Nigeria is now a country that has no one leading, pointing out that 2023 is time to vote out poor leadership, vote for a visionary leaders and not on sentiments.

The National President described the current challenge of insecurity, joblessness, poverty, insurrection witnessed in the country as unfortunate, disclosed that it cannot be situated with the poor management in Local Government Administration because Local Government are no longer in existence.

Comr. Ambali Akeem Olatunji says the time for community policing as solution to insecurity has become apt, says if the government is determined to be saved from the gulag of death, 2023 he explained is the opportunity for change.

The National President charged the new NULGE leadership in Kogi State to be open, transparent, carry everyone along on board of leadership, urged them to continue to be dutiful in service to the members.

He warned Council workers in Kogi State against misconduct, wished the new State executives well in the discharge of their assignment to the members.