Home News One Year and Counting: Will Radio Kogi Ever Work Again? 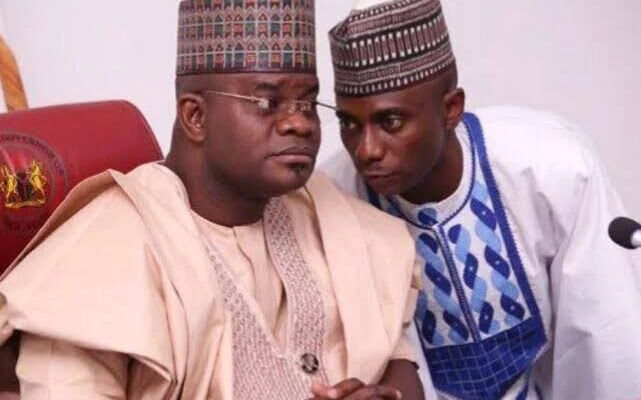 One Year and Counting: Will Radio Kogi Ever Work Again?

The Kogi State owned Confluence FM 94.1, popularly known as Radio Kogi has been off-air for about one and a half year now due to a faulty transmitter, and the outcry to government has now turned to a broken record after series of promises by the government which has foot-dragged for far too long.

Will Radio Kogi Ever Work Again, is the begging question on the mouth of the audience of the station begging for answers.

After he was sworn in on Friday, the State Commissioner for Information and Communications, Kingsley Fanwo assured that the State Broadcasting Corporation would soon take delivery of new modern transmitters.

The assurances from Fanwo have become one too many, such that residents especially those in Lokoja, the state capital, no longer take him seriously.

Prior the new assurance, the last the expectant public heard from the government was about over four months ago, when Fanwo was accused of foot-dragging over the fate of the State Broadcasting Corporation.

It was reported that when Governor Yahaya Bello was informed of the development, he immediately approved funds for the purchase of new transformers as well as the digitization of the station.

A member of KSBC staff, who spoke off record, accused the commissioner of foot-dragging on the resuscitation of the station.

“The commissioner has been foot-dragging on the matter as residents of the state who rely on the corporation for information have remained in limbo and are now having to make do with listening to stations from other states,” the source said.

Fanwo, responding to the accusations, quoted by TheCable, stated that “the Kogi State Broadcasting Corporation has enjoyed tremendous support from the governor. Over the years, it was abandoned. That was the reason those transmitters were packing up. They were not even in conformity with the NBC specifications.

“What we are doing now is to install modern transmitters and completely digitise the stations. The governor has given approval and we have completed the processes leading to procurement. We try as much as possible to follow due process, working with the relevant authorities.

“Very soon, the people of Kogi will begin to listen to their darling station. The delay was because we want to give the best to the people.”

He was silent on when due process will be completed.

Recall that earlier in January this year, listeners of the station called on Governor Yahaya Bello to declare state of emergency on the radio station while describing the continuous shut down of the popular broadcast medium as shameful to the state.

Some listeners expressed displeasure over the neglect of the Radio which is the only state-owned broadcast medium established in Kogi since its creation in 1999.

A resident of Lokoja, Muhammed Abdullahi, described the inability of the Kogi state government to fix the radio station in the last 5 months as a big shame to the government, considering the role of Radio Kogi to the dissemination of Government policies and programmes.

Abdullahi noted that “Radio Kogi, despite their inability to be on air, still remain the authentic station for getting information about happenings in Kogi State. It is very unfortunate and shameful that things turn out like this.”

“No serious government will leave its only Radio Station to be off air for 1 month not to talk of 5 months, considering the fact that it is a revenue generation agency of Kogi state government.”
ebirareporters.com