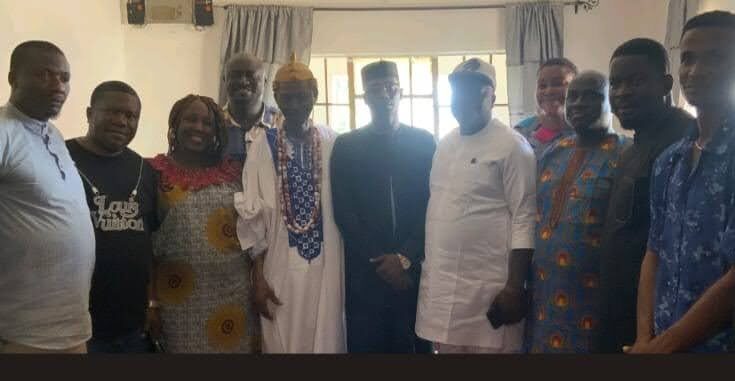 The Kogi State Government has assured Mopa residents of its determination to get to the root of the mysterious death of four members of a family after eating a local delicacy known as Amala.

The incident which happened over the weekend has led to the death of four members of the family in Mopa.

Speaking during a condolence visit to the Palace of the Elulu of Mopa on behalf of the Governor, the State Commissioner for Information and Communications, Hon. Kingsley Fanwo said the Governor is sad over the “unfortunate incident”, assuring the people that “no stone will be left unturned to unravel the mystery leading to the death of the victims”.

He said: “I am here to convey the condolences of the Governor, His Excellency Alh. Yahaya Bello to the Elulu in Council, HRH Oba Julius Joledo, JP, Chairman, Mopamuro LGA Traditional Council and the entire people of Mopa over the death of four people after a meal. The incident is sad, devastating and horrific.

“The Governor has directed security and health authorities to get to the root of the matter. I want to assure your highness that the reports of their findings would be made public and necessary actions taken”.
The Commissioner called for calm as all necessary measures would be taken to avert future occurrences.

His words: “In the history of Mopamuro, we have never witnessed this kind of an occurrence. We were all shocked and sad to lose such promising souls to the cold hands of death.

“I want to add my voice to that of the Governor in calling on our people to maintain peace and decorum as we strive to investigate the cause of what has thrown the entire Local Government into this unimaginable sorrow”.

The team later visited the Oba of Odole Mopa, HRH Oba Aje James to commiserate with the wife and mother of the deceased.