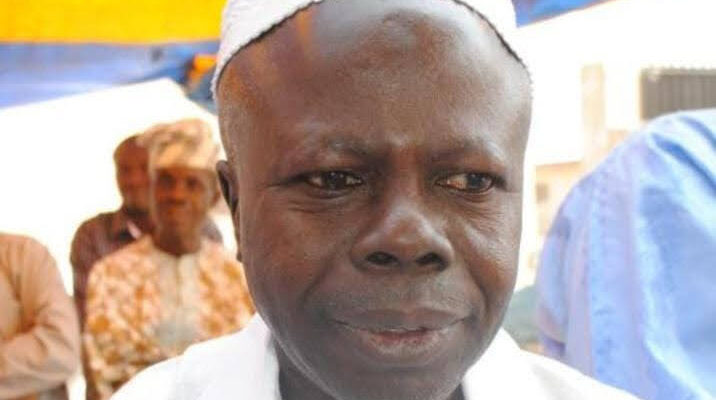 The Nigeria Union of Journalists (NUJ), Kwara State Council has commiserated with the family and associates of a Veteran Photo-Journalist, Alhaji Ibrahim Salami, who died in Ilorin on Saturday.

Salami, fondly called ‘Tallest’ within and outside journalism circle, died at his residence at the age of 75 after a brief illness.

During his lifetime, Salami was a quintessential and thoroughbred Photo-Journalist, mentor and union leader, who lived a fruitful life and bequeathed worthy legacies to younger generation.

In a statement issued in Ilorin, the state NUJ Chairman and Secretary, Abdullateef ‘Lanre Ahmed and Comrade Omotayo Ayanda respectively said Alhaji Salami exited at a time the Council should be sipping from his ocean of wisdom and experience.

“We are indeed pained by this sad event, which has thrown the NUJ family in mourning mood.

“The late Ibrahim Salami (Tallest) was an easy going man, peace loving, helpful in the resolutions of tasks as far as Union matters are concerned when he was with us. His passion for development of Journalism profession cannot be disputed.

“We will sorely miss him, his fatherly care and ever available admonitions based on his vast experience in Union matters,” the statement said.

The statement also noted that his death had created a vacuum that would be difficult to fill and urged the family and colleagues he left behind to take solace that Alhaji Tallest left an indelible mark in the journalism profession.

The Union, however, beseeched the Almighty God to grant the deceased eternal rest and comfort the bereaved family.

Salami, ace photographer and head of the photographic units of The Herald, National Pilot Newspapers and the defunct People’s Advocate at different times died on Saturday at the age of 75.

He has since been buried according to Muslim rites at his private residence, off Airport road, Ilorin, Kwara State.

NALVEJ in a condolence message signed by its chairman, Alh Tunde Akanbi and the publicity secretary, Alh Abdullahi Olesin, said it received the death of one of its active members with heavy heart.

The league described the demise of Salami as very painful, noting his positive role in the efforts towards the resuscitation of the league about three years ago

While commiserating with the immediate and extended family of the deceased; and the Nigeria Union of Journalists (NUJ), the league prayed Allah to grant him Aljanah Firdaus and grant the bereaved the fortitude to bear the irreparable loss

The Kwara chapter of the Sports Writers Association of Nigeria (SWAN) has also mourned the exist of one of its former executive member, Alhaji Ibrahim Salami, popularly known as “Tallest”, who died in the early hours of Saturday in Ilorin.

SWAN in a statement by its Secretary, Olayinka Owolewa, described late Alhaji Salami as a committed member, who contributed immensely to the upliftment of the association in the state.

According to the statement, Salami died at the age of 75 during a brief illness at his residence.

The body commiserated with his family and associates of the highly experienced photojournalist, who SWAN reminded covered many state and national sporting events during his days with National Pilot Newspaper.

SWAN prayed for the family to gather the strength to recover from the irreparable loss of Alhaji Ibrahim Salami.

“Despite the fact that we know death is inevitable, we are saddened by the demise of Tallest as he’s fondly called.

“He was a gentle and easy going journalist during his active and a man of peace, who promoted peaceful coexistence among members in Kwara.

“We will surely miss Tallest and we pray Allah to grant him aljana firdaus” the statement said.

The statement quoted the Kwara SWAN chairman, Malam Jimoh Bashir, describing Alhaji Tallest as a very nice and fine journalist, who always do his job with finesse.

He said his death is a huge loss to the sports writing family in Kwara, adding that he will be remembered for always promoting peace among members.