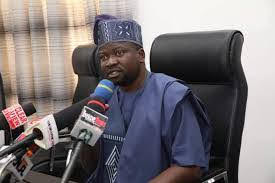 Kogi State government is to build modern palaces for three first-class monarchs from the 2023 budget, according to the Commissioner for Finance, Budget and Planning, Idris Asiru.

He announced this during the second coronation anniversary of the Agbana of Isanlu, Oba Moses Etombi, and launch of N500m palace project, donated N20 million to the project.

The government also pledged to support the project from foundation to completion.

Isanlu, headquarters of Yagba East Local Council of Kogi, was agog at the weekend, as politicians, traditional leaders and private business owners gathered for the anniversary and launch.

Also, Leke Abejide, representing Yagba federal constituency in the House of Representatives and the flagbearer of African Democratic Congress (ADC) for next year’s election, supported the palace project with N5 million and pledged more support.

He noted that Isanlu kingdom has greatly enjoyed uninterrupted peace and unity under the watch of Oba Etombi.

“The security of life and property has remained the topmost priority of Kabiyesi. Through the influence of Oba Etombi, we have been able to hold meetings with security agencies in Isanlu to discuss strategic, intelligent and constructive approaches to combat security challenges. Our Kabiyesi is indeed a blessing to us in Isanlu.

The kingdom has immensely prospered under his watch,” he said.

Etombi, who is also Chairman, Yagba East Traditional Council, called for more support to build on successes recorded in last two years, under his reign.

He added: “We have every cause to roll out the drums and celebrate today. In these last two years, we have taken some bold steps to address some very pressing issues in social, cultural and developmental challenges facing our dear kingdom, such as increases in land disputes, loss of cultural values, disunity, insecurity and youth restiveness, drug abuse and declining interest and performance in education.

“We engaged all stakeholders, including the youth, security agencies, artisans, traditional rulers, religious leaders and, to the glory of God, this enabled us to make significant changes and laudable progress.”