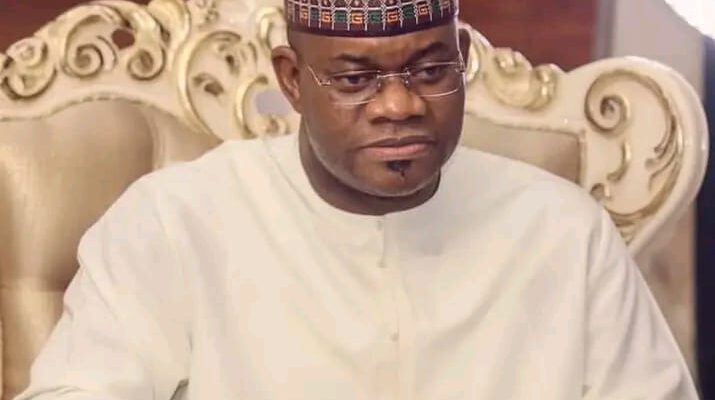 Sunday Tribune source revealed that the Kogi governor’s new stance is informed by permutations in the North-Central State ahead of November governorship election.

The source revealed that Governor Bello, who incidentally is the National Youth Coordinator of the Tinubu-Shettima Presidential Campaign Council, has since developed apprehension towards a Tinubu presidency as a result of feelers reaching him that the lawmaker representing Ikeja Federal Constituency in the House of Representatives and Secretary of the APC Presidential Campaign Council, Honourable James Faleke, may throw his hat into the ring for the APC governorship ticket in the state.

Faleke is a confidant of Tinubu and was running mate to the APC governorship candidate in the November 2015 governorship election, Abubakar Audu, who died shortly after casting his ballot.

Checks revealed that political parties are expected to conduct their governorship primary between March and April, 2023, almost immediately after the general election. 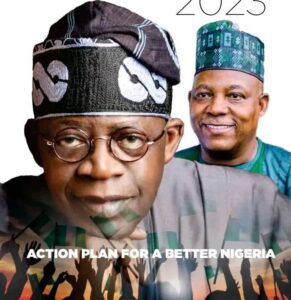 Sources revealed that Governor Bello is in a quandary as his confidants have cautioned him to review his open support for Tinubu, whom they noted would be holding the yam and the knife on who gets what in the party if he wins next month’s presidential race.

Another chieftain of the party in Kogi State who craved not to be named said Bello is not favourably disposed to power shift to Kogi West and has already given his word to the incumbent Accountant General in the state, Jubril Mommoh, who is from Kogi East, as his anointed choice.

He said: “The governor wants a close confidant, who can cover his tracks as his successor.

“So, he is wary of Tinubu winning the presidential election. He knows that Tinubu will look at how he emerged, with the support of northern governors for power shift and may look in the direction of Kogi West and Faleke.

“The PDP may also settle for a candidate from Kogi West in the November election.”

The source further dis- closed that apart from the sitting Kogi Accountant General, the incumbent Deputy Governor, Edward Onoja, who is a former Chief of Staff, also from Kogi East, is also interested in the APC ticket for the Lugard House.

It could not, however, be confirmed if the Secretary of the APC PCC, James Faleke, has signified interest for the party ticket.

The APC source further revealed that Tinubu, who personally signed the appointment letter of Governor Bello as the National Youth Coordinator for his campaign issued to the latter last September was already aware of the governor’s half-hearted commitment to his aspiration.

He said: “He knows some of the governors who could undermine him. That’s why he is relying on the Independent Campaign Council he created to drive his cam-“Faleke is from the state. Same is the Minister of State, Federal Capital Territory, Ha- jiya Ramatu Tijani Aliyu, Hon- ourable Baba Ali and a host of others who have been galvanising support for Tinubu in the state.”

Amid the disaffection in the APC and the defection to the opposition Peoples Democratic Party, Sunday Tribune investigation revealed that the main opposition party may ultimately lose out in next governorship election.

Investigation revealed that while certain chieftains of the party have developed sympathy for the agitation for pow- er shift to Kogi West, two- term governor, Ibrahim Idris, is reportedly moving to position his son, Mohammed, as the party’s candidate.

My principal remains committed to Tinubu—Fanwo

He declared that “Governor Yahaya Bello is a focused and straightforward leader who is always courageous enough to stand by his choices and conviction.

“He is a party man who has worked with others to deliver for the APC in the past, especially in Ondo and Ekiti states.

“Immediately Tinubu became the standard-bearer of APC, the governor has thrown his weight behind him, one, because he is the party’s candidate and two, because Governor Bello believes so much in the leadership and capacity of Tinubu.”

He went down memory lane on Bello’s efforts to mobilise support for Tinubu.

“You will recall that the Youth Town Hall Meeting held a couple of days ago has been one of the highlights of the APC Presidential Campaign till date. He is committed to and working hard for the emergence of Senator Bola

Tinubu as Nigeria’s next president.

Remember that Governor Yahaya Bello is a two-term governor of the state and also a democrat. He has been a unifying leader in the state. Be assured of his unbending belief in the All Progressives Congress and Senator Bola Ahmed Tinubu. He is work- ing hard day and night to create a greater Nigeria with Tinubu. “
Fanwo also described re- cent dissafection in the party leading to defection of certain individuals into the PDP as storm in a tea cup. He maintained that PDP stands no chance both in the general election and next November Kogi goverornship poll.

“The defection of some members to the Peoples Democratic Party is unfortunate. But every APC member lost to the PDP, thousands of PDP members have also been received in the APC. A few weeks ago, we harvested thousands of APC, Labour Party and other party members.