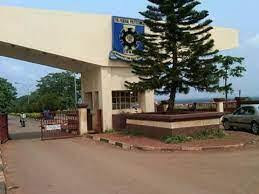 The Federal Polytechnic Idah has got one hundred percent accreditation of all it’s courses spread across various disciplines as the institution graduated 10,000 students in various departments.

This 10,000 students will be qualified for the award of Higher National (HND) and.. National Diploma (ND) Certificates in various disciplines by the 45 years old institution.

These and many more were announced at a press conference heralding activities marking the 45 anniversary and combined convocation of the institution.

The Press Conference was addressed by the Rector,Dr. Danjuma David Baba who also delivered first ever Inaugural lecture of the institution.

Baba also disclosed that cultism has become a thing of the past just as the relationship between it and host Community have been strengthened in the last five years,a feat he said has imparted positively of the institution.

” We have been able to secure the cooperation of our host community including traditional rulers,they have remained our strong Ally in our efforts to reposition the institution towards the path of greatness” . The Rector noted.

He disclosed that the institution has been able to overcome the issue of land encroachment also with the cooperation of the Royal Institutions and the locals as well.

The Rector who later delivered first ever Inaugural lecture titled “A sociolinguistic Exploration of Administrative Code And Writing Techniques Among Federal Tertiary Institutions In Kogi state emphasized the need for identifying proper codes in communication as improper usage of codes may alter it’s meaning thereby inciting the wrath of the receiver.

Dr Baba said “There are elaborated and restricted codes under the broader category of language codes adding that the way a social group utilises language and the sort of speech it uses is influenced by the formal or informal relationships that have developed inside it.