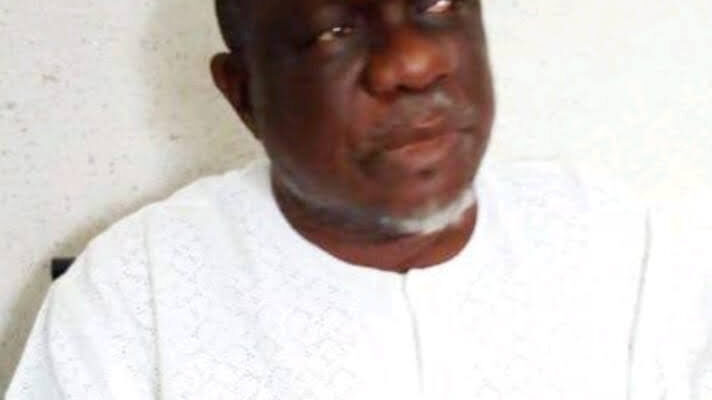 A Chieftain of All Progressive Congress, (APC) and former acting governor of the Kogi state, Chief Clarence Olafemi has disagreed with the Muslim-Muslim ticket of the Party’s presidential flagbearer of Ashiwaju Bola Ahmed Tinubu.

In an interview with newsmen in Lokoja  Olafemi said that the Muslim- Muslim ticket was ill advised as it s capable of polarising the Country down the path religious crisis.

He however said that as a party man and as a foundation member of the APC,he will still work for the success of the party at the 2023 general election even though he had reservation for the Muslim-Muslim ticket.

“Are you saying there is no Christian in the North capable of occupying the position of Vice president. I view it as an insult on the sensibilities of the Christian community. As I was not part of the decision that brought about the tickets, I have tried to see if anyone can convince me but no one has been able to do so.

Olafemi who is also a former Speaker if the Kogi state House of Assembly said that it was not a well thought out decision adding that he was not at all surprised at the backlash trailing the decision.

” Even though it worked before in 1993, the scenario then was quite different from what is at play today. Nigeria has been so much polarised that she needs a lot of reconciliation and unity which same religious tickets cannot provide in a country with two major religions, Christianity and Islam.”

“I believe that if we truly want peaceful coexistence in the country,we must be seen to be doing everything possible to pacify all religions to bring about peace and not otherwise.”

“However,as a party man, I will have no choice but still work for the success of my party at the polls” he added.