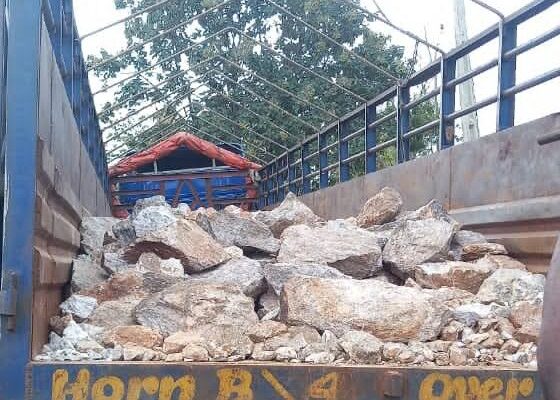 The Ilorin Zonal Command of the Economic and Financial Crimes Commission, EFCC in collaboration with the Kwara State Command of the Nigeria Security and Civil Defence Corps, NSCDC and the Federal Mines and Steel Development have arrested thirteen suspected illegal miners operating in Kakafu village in Pategi Local Government Area of Kwara State.

The Suspects were arrested on Tuesday August 30, 2022 during a joint operation which followed a credible intelligence received by the EFCC over some suspected illegal miners operating in the area.

Preliminary investigations revealed that the suspects were not paying royalties to the Federal Government as required by law.

The suspects will soon be charged to Court upon the conclusion of the ongoing investigation.

You may recall that the Ilorin Zonal Command of the EFCC and NSCDC,8 Kwara had last Thursday August, 25 2022 intensified efforts to tackle illegal mining in the State.