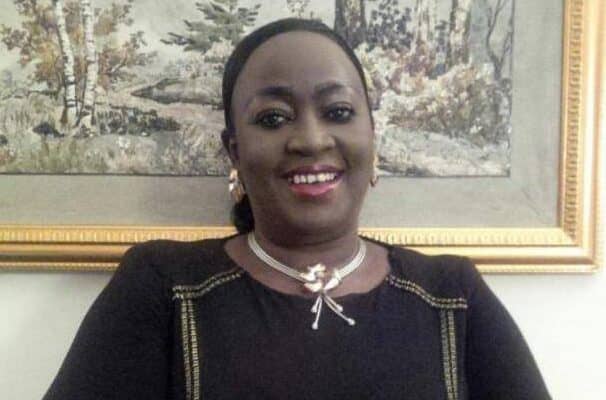 A member of the Public Affairs Directorate of the Presidential Campaign Council of the ruling All Progressives Congress (APC), Dr. Ronke Bello, in this interview with newsmen says the ruling party has no fear as far as the 2023 presidential election is concerned because Nigerians believe in APC.

How prepared is the APC for the 2023 elections which is just a few months away?

APC is super prepared. And I’m sure everybody can see that. Because for APC, apart from being the current ruling party, we have a candidate who I would like to describe as a man who, this is one thing he has always wanted and waited for. He’s been groomed for this, he’s been trained for this most of his life, to be a leader and he’s been a leader in his own capacity. He showed capacity in Lagos when he was governor and how far more can you show capacity than to really want to rule your country. So as a party, we have a good candidate who is a good manager for money or finances and of time, he understands the rudiments of governance, he’s been in the executive arm which makes it better, he’s been in the legislative arm which makes it better. He’s coming as a person from the financial field which makes it better, so he’s an all rounder. So the party is very prepared.

What are your fears for the 2023 elections

I don’t think we have any fear, sincerely and I will tell you why. Nigerians have grown over time. They understand where Nigeria is, they understand what our problems in Nigeria are and every Nigerian is looking forward to a progressive nation. So we have no fear because we believe that Nigerians know, maybe I should say this at this point.

In the presidential election, everything is hinged on the man. And the man we are presenting is one person that most Nigerians know can do the job. So we have no fears. Personally I have no fear, the party has no fear, our candidate has no fear. We know Nigerians believe in us and it is their belief that we need now and I think we’ve got it.

To APC, to the Buhari administration, the APC-led federal government has done well. But Nigerians think otherwise, considering the level of insecurity, unemployment, poverty, what is APC going to campaign on?

Let me remind you that campaigns have started. We are not just thinking, we are already campaigning. But back to what you said, Buhari’s presidency is in its twilight days, what we call the lame-duck era, I mean it’s going, but when you look at leadership, as a leadership expert, what I will tell you is that no leaders are the same, no time is the same.

Most leaders, whether we think or the world thinks they failed or succeeded, a lot of other indices, a lot of other factors must be put in view of their leadership. As a president, Buhari has achieved something, you cannot say, or APC or Nigerians cannot say no! He didn’t achieve anything. There are things he did in infrastructure, the roads and all that.

But coming to what you said, the fact is, he had his own challenges which were global. For example, how many people knew something like COVID was going to happen, insecurity is global. I mean, it’s unfortunate that we’re going through what we’re going through, but it is equally global. So it is not like Nigeria is standing alone in these things. We’re moving forward, we’re moving progressively. We can never as a party remove the successes or some of the challenges.

Our candidate has made it some of his points that he’s going to build on the successes. No leadership is 100 percent, no matter how good it is. Where we have our challenges, we will work on them.

The presidential election is moreorless like a three or four horse race. Are you threatened by the PDP or the Labour Party?

We are not and I will say the reason why. For most of us who have been blessed to be around Nigerian projects like I call it for a long time. Peter Obi, we’re not threatened by him, we know his antecedents, we know where he is coming from, we respect him as a great Nigerian. But no! I’m sure Nigerians wont go that way.

We look at Atiku Abubakar, like I said, a great elder statesman, we know his antecedent, but Nigerians wont go that way. But our candidate, apart from being a very formidable force in Nigeria, one thing people are forgetting easily in history is that Bola Tinubu is one of Nigeria’s heroes of democracy.

There have been a series of allegations against your candidate, his academic qualification, his alleged health challenges and we’ve seen some videos from the political rallies where he made some mistakes, do you think all these will affect his chances?

I don’t think so and I will take them one by one. You talked about education, we’re over flogging this issue. This guy’s history is out there from his days in banking to Lagos state and now gunning for presidency. Let me just say this at this point, it becomes the shame of a nation respectfully, If after somebody has been to legislative, govern a state like Lagos and then at this point is going for presidency, we are actually questioning ourselves whether he went to school. I don’t think it’s even more on the candidate, I think now it’s more on us.

I’m not saying that at any point leaders cannot be questioned, leaders can be questioned. In fact, it’s good to always look at leaders and profile them over and over again. Recently, I knew of one person that said he went to Chicago University to even go and find out if he went there, that has been laid to rest now. Now you are talking about his health. When it comes to issues of health– Life and Death, I’m one of those that believe that those matters are in God’s hands. Because you have somebody wake up, who is healthy and before nightfall, he’s dead and buried.

Running for the office of the president is like hunting for a job, so we should start treating it like that. People think he’s sick, he’s that, we don’t have a claim to his medical record. And until we do, which I don’t think anybody does, I don’t think anybody can say what they want to say.

The last thing was now that maybe he made some mistakes at the campaign, I think my directorate, under Festus Keyamo, has even done an interview where he laid that to rest. So many of these things, some are doctored. I mean this is the age of technology, people doctored it and throw it out there, what do you want us to do?

We are not going to leave our campaign and start pursuing people whose job is to sit in their bedroom, take a video, doctor it and throw it out.

I have been at some of the rallies, I have compared some of the events, which means I was in the hall with the man and I didn’t see those signs that are in the video. And don’t forget one thing we take from this man is that he has a sense of humour and sometimes he says things and we laugh over it and we move on.

Nigerian youths are the driving force of the Labour Party. Would you say the ruling APC has the strong backing of the youths?

Yes, APC has a very strong backing of the youths and I’ll say this, let’s back up a little. If you look at Tinubu as a leader, personally, one of my prides in him is when I reflect on how many of his mentees he has groomed to the national and international. In fact, at the beginning of the campaign, there were lists of several people they claimed were his mentees, most of these people he has groomed are today in their 50s, 40s and 60s. That means when he groomed them and made them marketable to take positions of responsibility in the country, they were in their 20s or 30s. That’s just what it means.

So if you ever look back at his history, he has been somebody who believes in women and youths. Now to APC. APC has a whole directorate on youth. We believe in the youth and most of the campaign team members are even youth. He has promised in his manifesto the areas he will give to the youths. And in this particular campaign, there’s a whole Directorate of Youth being led by nobody other than Alhaji Yahaya Bello, the governor of Kogi state. Talking about finding the right man for the right job, at the right place, APC’s choice of Yahaya Bello speaks volume.

For APC to choose him, it’s what we call a round peg in the round hole. They are going to have an event next month, and that is when APC will be ready to show off our membership of youths and I’m sure we will rattle even the Obidients.

Few dats ago, the Babachir Lawal group in the APC said the northern Christians have endorsed Peter Obi as their candidate. Don’t you think the APC is losing an important segment from the north few weeks to 2023 elections?

I find this very interesting because I am a Northern christian from Kogi. And when you say some people say, all the northern Christians, I find that laughable because with all due respect to the statesman, one thing is sure, they can’t say all the Christians. They are representing their own faction, but I’m a northern christian, Tinubu is my candidate, I have not sat anywhere to agree or to write that we northern christians are not with him.

So that aside, if we really believe in this country, let’s start looking at things differently. If you’re hiring a driver or if you are going for a surgery, do you ask the doctor who’s about operate you that are you a Muslim, Hindu, pagan, or Christian?. Until we start seeing even the office of the president as a job, what we’re concerned about is who can deliver, who can select a good team, who can move us forward, who understands where Nigeria is, who understands where we want to be.

Are you saying you are not losing sleep about Babachir and others who vowed to frustrate Tinubu’s presidency?

TAG2023: APC is well grounded to win again---Ronke Bello
Previous PostWith OCEANWOOD COURTS EXT by EUC Homes, You can Buy and Build Estates. Next PostOSHIOMOLE IS A VICTIM OF HIS UNTAMED TONGUE