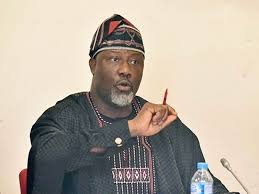 He added that is the only way Nigerians can move forward democratically without subjecting the electoral system to fraud and outright rigging and thereby subverting the processes.

He mentioned that the party will take over power in Kogi state come 2023 general election.

“What you see today is to show the people of Kogi state that PDP is ready to take over the state”, he said.

Also speaking the former Governor of Kogi state, Alhaji Ibrahim Idris said the party is ready to take over the state adding that the attendance shows that PDP is in total control of the state despite the fact that the All Progressive Congress is in government.

He urged the party supporters not to give up but rather they should work very hard to take over the state come 2023 general election.