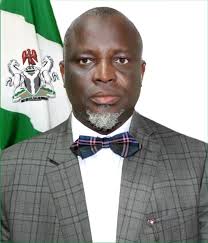 JAMB said the one-week postponement was to allow for fine-tuning and upgrading the registration procedures.

The Joint Admissions and Matriculation Board (JAMB) has postponed the date for the commencement of the registration for the 2022 Unified Tertiary Matriculation Examination and Direct Entry (UTME/DE).

A statement issued by the examination body and signed by its head, public affairs and protocol, Fabian Benjamin, noted that the registration now commences on February 19, 2022 and ends on Saturday March 26.

JAMB had earlier scheduled the registration to commence February 12.

The statement said the one-week postponement was to allow for fine-tuning and upgrade of the registration procedures.

The statement read in part: “The one-week postponement is to allow for more fine-tuning of the upgraded and more user-friendly procedures for candidates’ registration.

“The process, which will be concluded within the one-week extension period, is also aimed at accommodating feedbacks from candidates and other stakeholders alike.

“The board wishes the general public to note that the board is ever ready to provide world-class services to Nigerians.”

Meanwhile, JAMB has also introduced self-registration outlets in Abuja, the Federal Capital Territory and Lagos, the nation’s commercial hub, where it said candidates can visit, mount themselves on a computer and do the registration themselves.

The board said the new measure was to reduce the crowd at the accredited computer-based test (CBT) centres in the two cities.

The examination body also said it has adopted ‘66019’ as an additional Unstructured Supplementary Service Data (USSD) code to complement the 55019 that has been in existence since 2018.

JAMB said this is to “facilitate a hitch-free 2022 UTME/DE registration exercise by ensuring that there is no difficulty whatsoever in the creation of profiles.”

JAMB in its weekly bulletin released on Monday said its partner on the project, ASD Technologies, has developed a WhatsApp solution for applicants for registration support and other complaints.

It said: “The platform would provide help with such things as “step-by-step” registration procedure, as well as providing a feedback mechanism for effective service delivery.

“The platform will also complement the existing ticketing system, thereby expanding access to critical services, among others.”

Meanwhile, Mr Benjamin’s statement said the new and improved measures introduced by JAMB will be properly highlighted in the next edition of its weekly bulletin on February 14.

“Further to the above, the new and improved procedures for the 2022/23 UTME registration would be made available on the Board’s website, its weekly bulletin as well as other media outlets on Monday, 14th February, 2022,” the statement further read.