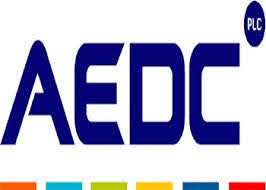 AEDC suspends GM, others from office.

The new interim management of the Abuja Electricity Distribution Company (AEDC) has suspended General Managers (GMs) while asking some other officials to “work from home”.

Multiple sources within and outside the company confirmed the development on Friday, noting that rather than a general memo, the GMs received the suspension letters personally.

AEDC has nine Regions and 39 Area Offices across four states that include Kogi, Abuja, Nasarawa and Niger where it distributes generated electricity to power consumers.

The sources said there are at least 17 General Managers and Regional Managers as well as some expatriates of the previous core investors that may have been affected in the new move.

The company has been in a pronounced management crisis since November when the staff went on strike over non-payment of their entitlements and allowances. Co-incidentally, United Bank for Africa (UBA), which provided the finance to KANN Utility, the core investor of 60 per cent stake in the DisCo in 2013, invoked its receivership clause over the incomplete settlement of the loans.

As of December 2021, the new helmsmen announced that the entitlements of the protesting staff had been cleared and tasked them to be more dedicated to their services.

Speaking on the latest restructuring action at AEDC, the sources said the removal of the GMs and the restriction of some other top officials of the DisCo appointed by the previous management was a move by the interim management to ensure there is sanity while working with staff they believe could be loyal to them.

“Since they came on board, they have been careful in their communication approach and they harbour fear that majority of the top officials of AEDC are still loyal to the ousted board and management driven by KANN Utility,” said an official.

Another official noted that the interim management were to operate until UBA had recovered its outstanding loan while helping to reposition the company. “For now, it is not a permanent thing; once they recover their loans, they will hand over to KANN but for the meantime, some staff may suffer especially those they perceive are loyal to KANN.

“Some of the expatriates were redeployed from their respective departments to the IMD’s office and later, he asked them to work from home which in itself signifies that they want to keep them away from the core of daily operations.”

According to the existing internal structure of AEDC, there are at least 17 General Managers and Regional Managers. At the corporate headquarters in Abuja, AEDC has a GM for Commercial Services, Technical Services, Corporate Communications, Customer Service, Security, Risk Management, Corporate Planning (who had resigned at the peak of the crisis), Legal Services, Information Technology (IT), Audit and a GM for Supply Chain Management. The regional managers/GMs are for FCT North, FCT South, FCT Central, Kogi, Nasarawa and Niger.

TAGAEDC suspends GM others from office.
Previous PostFanwo greets Hon. Oludare Jibril on his birthday Next PostFive killed over Cult activities in Kogi