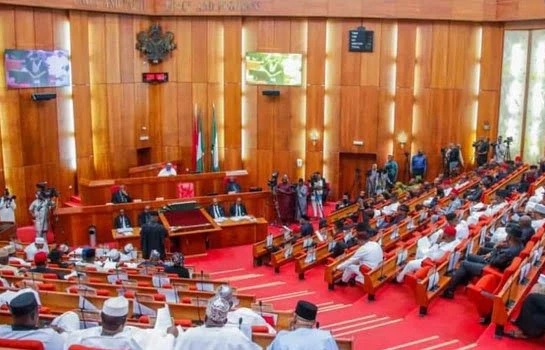 The Senate has deleted the controversial Clause 84 of the Electoral Act (Amendment) Bill 2021, which only provided for direct primary mode for political parties to produce their candidates.

This followed the recommittal of the Bill by the Senate leader, Yahaya Abdullahi, at plenary on Wednesday.

According to Abdullahi, the concern of the President on the Bill was the provision of only the direct primary for political parties in choosing their candidates.

By deleting clause 84 of the Electoral Act (Amendment) Bill 2021, political parties now have three options of choosing their candidates for elections.

The new options in the proposed legislation are Direct, Indirect and Concensus means of selecting candidates by political parties.

Senate President, Ahmad Lawan, who clarified the position of the Senate, said the Red Chamber will clean up the Bill to include the new options.

Recall that while Nigerians were expecting President Muhammadu Buhari to sign the Bill into law or communicate to the National Assembly before or on November 19, 2021, which was the stipulated time by law for the president to act, there was no communication until December 21, 2021 when the Senate officially received and read the President’s communication rejecting the electoral bill.

TAGSenate Deletes Direct Primary Clause From Electoral Bill
Previous Post2023 Presidency: I will declare my intention to run after APC convention – Gov. Bello Next PostEx-Police officers and five others arrested for armed robbery