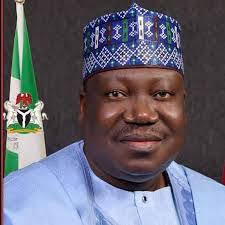 The Conference of Northern States Civil Society Networks, (CNSCSN) has called on the Senate to override the President and assent the electoral amendment bill 2021 without further delay in the interest of the people.

This was contained in an open letter to the Senate President, Senator Ahmad Lawal, signed by 19 non governmental organisations which is headed by Ibrahim A. Waiya as the Chairman and Amb. Ibrahim Yusuf as the Secretary General of the CNSCSN.

According to the open letter, the distinguished members are representing civil society groups and want to remind the senate president and other distinguished senators that, overriding the president on the bill is a national duty not a party affair.

The group noted that it could be recalled that the national politics in recent time has been subjected to serious debates by different stakeholders, public analysts and individual citizens concerning the practice of our democracy and democratic consolidation in Nigeria.

They said the long clamor by the major stakeholders such as: political parties, civil society organization and professional groups across the country, calling for electoral reforms have continued unabated and have climaxed into the desire for electoral amendment before the 2023 elections in Nigeria.

Therefore, the National Assembly under his watch has done the needful by reintroducing the said bill in order to consolidate and deepen the nation’s democracy which has survived over the last two decades

“So this is an opportunity to make history as Nigeria is still in a critical stage of her democratic experimentation. The nation is devoid of credible electoral process, voters’ apathy becomes the order of the day and political parties are turned into military establishments with a repressive structure.

“It therefore behooves on the leadership of the National Assembly to as a matter of public importance override the president and assent the electoral amendment bill 2021 owing to the fact that, the reasons given were not justifiable enough for president’s decline.

“This will strengthen our electoral process and further democratize our political parties by paving way for enhanced level ground where party members decide who their candidates become. It is at this juncture, we wish to remind the leadership and the entire members of the National Assembly that they are the bastion of democracy, whose actions and words can project, preserve, and protect the nation’s democracy and save the citizens against all forms of dictatorship.

The group noted that the current democratic dispensation has been confronted with the challenges of internal democracy among the political parties and credible electoral process, which the bill seeks to address by introducing electronic transmission of results and direct primaries for all political parties.

Therefore, the electoral amendment bill 2021 has the potentials to sanitize the electoral process via electronic transmission of result , the problems of ballot box snatching, as well as alteration and rigging of election results can be addressed.

The group also noted that it enhance popular participation by party members via direct primaries, eliminate money politics associated with the delegate system of voting in the indirect primaries and also reduce political apathy by party members in particular and the citizens in general as well as decimate the overbearing influences of Godfathers as party members will be stakeholders and partners in the conduct of all party activities.