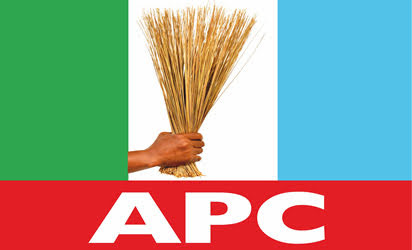 Fresh feelers from the All Progressives Congress (APC) indicate that party leaders may have conceded the national chairman and national secretary to a top shot in the party.

This was just as it was gathered, yesterday, that the party leaders are working on consensus candidates for the remaining party positions.

It also emerged that the APC may not hold its national convention next month.

A senior party source told Daily Sun in Abuja, yesterday, that “there are entrenched interests and there is no way the convention will hold in February. Issues on ground do not suggest we will hold any convention next month. Let’s move away from the convention. Right now, our leaders are working on consensus for the National Working Committee (NWC) positions. If consultations work out, only two or three positions would be contested for at the convention…”

Another source said: “Before the last quarter of last year, two top positions had already been conceded to a top shot in the party: the positions of national chairman and the national secretary. The top shot is expected to nominate candidates for the two positions and they are going to occupy the positions unopposed. There will be no election for those positions. Stakeholders already knew this since last year and have conceded the two slots. What is playing out now is that the remaining positions are being shared by contending tendencies in the party.

“After it became known that the top two positions had been reserved for the top shot, some zones were told to produce consensus candidates for the remaining positions and, that is the calculation on ground now. So far, only two or three positions may be contested for at the convention; that is, if the zones expected to produce candidates do not agree on their choices before the new convention date.”
The Sun News