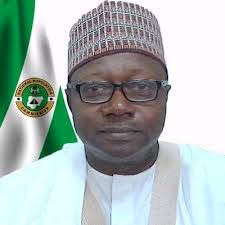 In 2022, the National Population Commission (NPC) under Hon Nasir Isa Kwarra will take Nigeria from 15 years down line to competing both with developing countries and developed ones with a plan conduct of this year’s population and housing census across the country.

Government through an enabling environment has provided funding and other ancillary supports to ensure its mandate of an up-to-date census figure and data in Nigeria is not derailed, in view of the forthcoming general elections in 2023.

The 2022 budget significantly prioritized the need for a brand new population and housing census before the end of the year, that is devoid any encumbrances.

The body language of the present administration since the appointment of the new leadership in NPC showed it’s readiness to take the country towards a generally acceptable census figure, that will put to rest the unreliable and unrealistic figure being bandied over the years.

This is along with foreign partners who are readily available to collaborate,synergise and work hand in hand with the new commission, with a view to producing an incontrovertible and non controversial population and housing census results and data across the country this year, 2022.

ALSO READ:  2023 Race: Kolawole and His many Fights ...the Case of Assault on Omodara and other APC Leaders in Kabba/Bunu

The readiness of government to provide funding and logistics as required by law, and to ensure a hitch free exercise was without any administrative bottle necks towards a census free exercise.

These positive strides is already complemented by the leadership of NPC under Nasir Isa Kwarra with the first and second Pre-test census successfully carried out in the country,as a prelude to real exercise.

The second Pre-test held recently in 148 local government areas across the six geopoltical zones in Nigeria was beyond contemplation, as the one week exercise showed the enability of the current handlers to take Nigeria to a new head count inline with it’s mandate.

ALSO READ:  ACHUBA: PDP And The Misplaced Burden Of Concern

The generally embraced mapping out of Enumeration Area Demarcation EAD exercise earlier carried out in collaboration with foreign partners like UNFPA, UNDP, DFID, UNICEF, Bills and Melinda Gates Foundation and others , as part of the basic demands and requirements for population and housing census data in Nigeria, was another milestone towards this year’s census.

With a highly motivated and trained staff in modern technology and equipments,in line with the present order of information and communication technology ICT, showed alot of willingness on the part of NPC to deliver on it’s mandate.

Staffs orientation and reorientation through trainings and capacity buildings, workshops and talkshops had prepared the commission for the uphill task in 2022.

With leadership that are not leaving any stone unturned under Nasir Isa Kwarra and his commissioners who are working round the clock to ensure a seamless exercise, Nigeria and Nigerians will heave a sigh of relief with a new population census figure that had being the determinant of our modern template of development and advancement in line with the best practices.

ALSO READ:  An Appeal To Gov. Yahaya Bello Not To Pay Less Than 50% To Local Government Workers In Kogi State

The management of National Population Commission NPC is putting finishing touches with a view to ensuring a hitch free exercises, through many partnerships that will result in a positive outcome after about 15 years of the last census and accurate data in Nigeria.

The current patriotic moves under kwarra’s NPC will resolve various social, economic and even political problems bedevilling the country spanned for over one decade, that had affected the growth and development of the country in all facets of our national life.

All hands must be on deck by both local and international bodies, stakeholders and other voluntary agencies to rally round NPC in it’s quest to ensuring a generally acceptable outcomes.

2022 will go down in history under kwarra, inspite of health, economic and social disequilibrium confronting the global world,with Nigeria not in exception.

2021 AFCON: Guinea’s Military President demands a refund of the money they invested on the national team

BOLA TINUBU AND HIS DATE WITH DESTINY IN 2023

As Lagos Attained AAA(ng) from AA+(ng), Green Bond Assessment To Better Lagosians.
A note on the Kwara journey
Comment