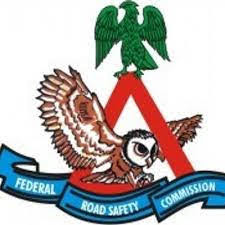 Six persons have been confirmed dead in a road accident that occured on Sunday morning along Obajana-Oshokosho-Lokoja road according to Federal Road Safety Corps.

31 persons were involved in the accident at about 6am in the morning, which left 17 people injured, 8 persons not injured while 16 persons were confirmed dead

The Command added that one of the vehicle lost of control as rescued was conducted by members of FRSC in conjunction with the Nigerian Police from Obajana Division and Dangote fire service.

The victims were taken to Fisayo hospital, Obajana while the corpse of the bodies of 6 persons that lost their lives were also taken to Sariki Hausa of Obajana.

TAG17 injured in road accident in Kogi. 6 persons killed
Previous PostStakeholders urges Kogi NLC Chairman to Contest for House of Rep in 2023 Election in Kogi Next PostPDP will sweep 2023 general elections, from the top, down---Ayu