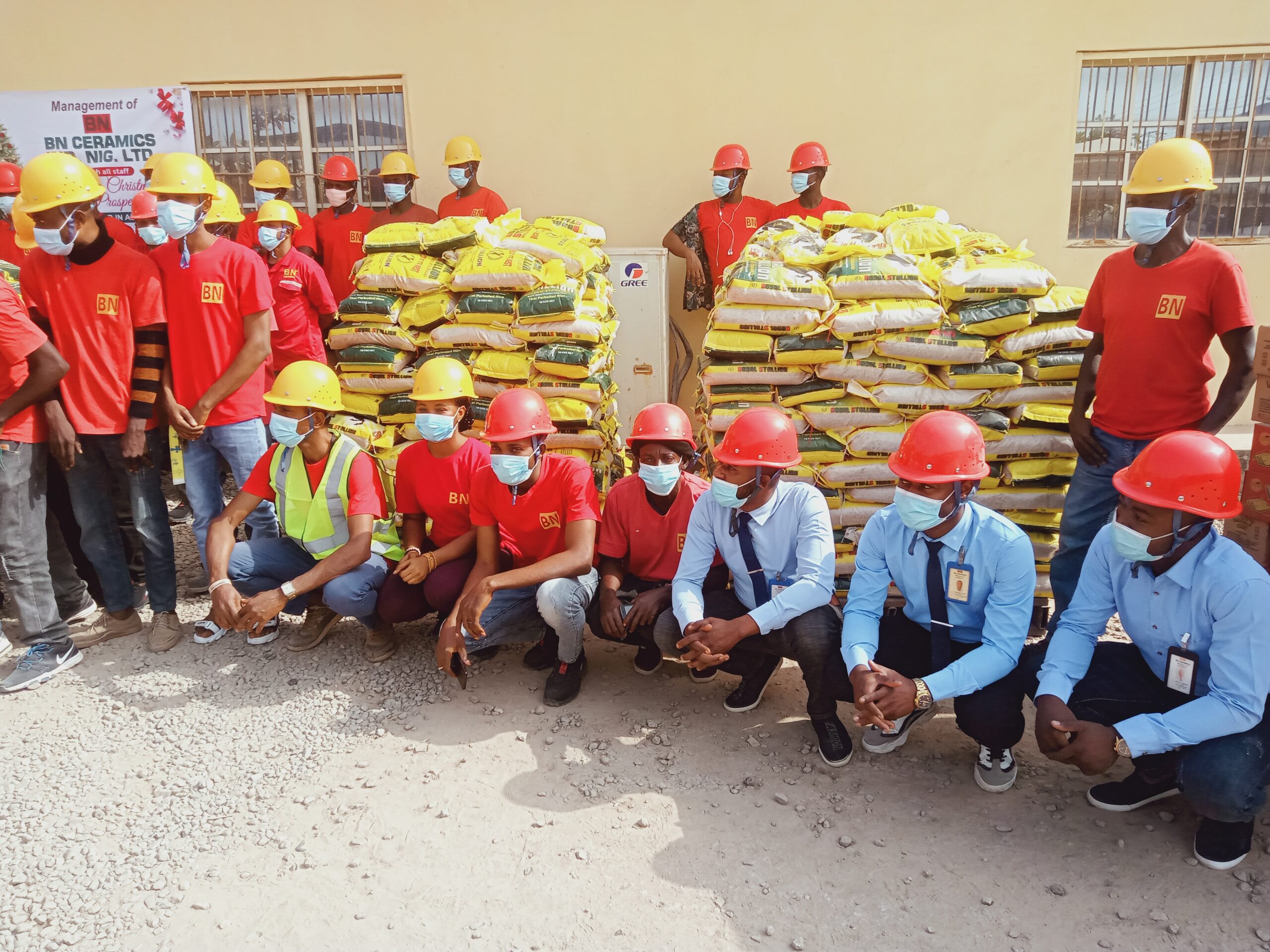 In an effort to celebrate Christmas and New Year festival, the management of BN Ceramics company in Ajaokuta, Kogi State organised end-of-the year get together for its workforce and donated food items worth over N10 million and also reeled out various welfare packages to its workers.

The Human Resources Manager of the company, Mallam Salihu Mohamed while speaking with newsmen said the end of the year party and the welfare package was designed to appreciate the workers for the year ended and said the company will not relent in giving the best to its workforce.

In his words, “today’s event is to celebrate our workers and associate with them and their families for their loyalty, dedication and enduring capacities within the outgoing year 2021 and we assure them that we will continue to give them the best within the available resources.

“As a business concern, we are aware of our corporate social responsibilities to the welfare of the workers and the communities we operate, and that is why we call on all of you today to be part of our history of good corporate governance

“We therefore implore all the workers to do more in the coming year for the company and ensure we move to greater heights,” he added.

Each of the over 1,500 workers in the ceramic company were given bags of rice, Indomie noodles, among other welfare packages.

The workers who were all excited filed out in their hundreds to praise the Chinese company for giving additional succour and welfare packages to them which they say was first of its kind in the area.

Speaking on behalf of the workers, the union president, Comrade Adamu Abdulkadir was full of praises for the company saying the establishment of the BN Ceramics industry in the area has positively impacted on the socio- economic lives of the people.

He said not only has it reduced unemployment rate especially among youths and women in the area but the company has also touched lives of host communities including neighbouring communities through its various interventions.

The union leader said though the end of the year welfare package was first of its kind in the area, it will no doubt motivate the workers to do more to promote the objective of the organisation.