Home News Yuletide: Your Sufferings Will Soon Be Over, Akanle Assures Kogites 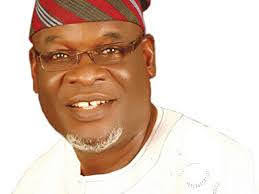 Yuletide: Your Sufferings Will Soon Be Over, Akanle Assures Kogites

A Chieftain of the All Progressives Congress APC in Kogi West, Dr. Williams Toyin Akanle has congratulated the people of Kogi State on the Yuletide Celebration, assuring them that their sufferings will soon be over.

Dr. Akanle in a message made available to newsmen in Lokoja, said “Knowing fully that your sufferings of six year arising from the total exclusion of our movement will undoubtedly soon come to an end. Indeed, we shall laugh last. And he who laughs last, laughs best.”

According to him, the present administration in Kogi State has performed woefully in terms of workers welfare and developmental projects.

“Can you now see how woefully they have performed. Most times l marvelled at the abysmal economic situation of our dear State. It is most unfortunate that in the past six years, there is nothing to show in terms of development. Anyway, the time will come when they will be confronted with their total failure in governance. That time, they will know that they have been dancing naked in the rain and at the market place.” Dr. Akanle added.

He told the people especially supporters of Team Akanle Political Movement to remain resolute and focused.

“I want to urge you to remain resolute and hold to what you believe in. I pray that the coming year will determine who are the boys and who are the men.”

“I want to sincerely wish you a peaceful and joyous Christmas and a Happy New Year. I want to also salute your courage and your continued support and loyalty to the group. The fire in the Team will have to be rekindled. Many had declared that we are out of the equation.

The APC Chieftain noted that the Party in the State is suffering from Cancer, saying “As it is today, the APC as a party in our State is like a person with sickle cell anemia or terminal cancer. No matter what the Medical Team does, survival can only be by divine intervention. So also is the Party that we gave our all in all to build.”

“Unfortunately, those who reaped where they never sowed, because they did not labor for what they got, abused the privilege that providence laid on their laps when they least expected.”

He pointed out that Team Akanle will continue to be a group to reckon with which cannot be wished away.

“Let me say unequivocally, that Team Akanle is force to reckon with. Any one or any group that thinks otherwise, must be living in a fool’s paradise.”