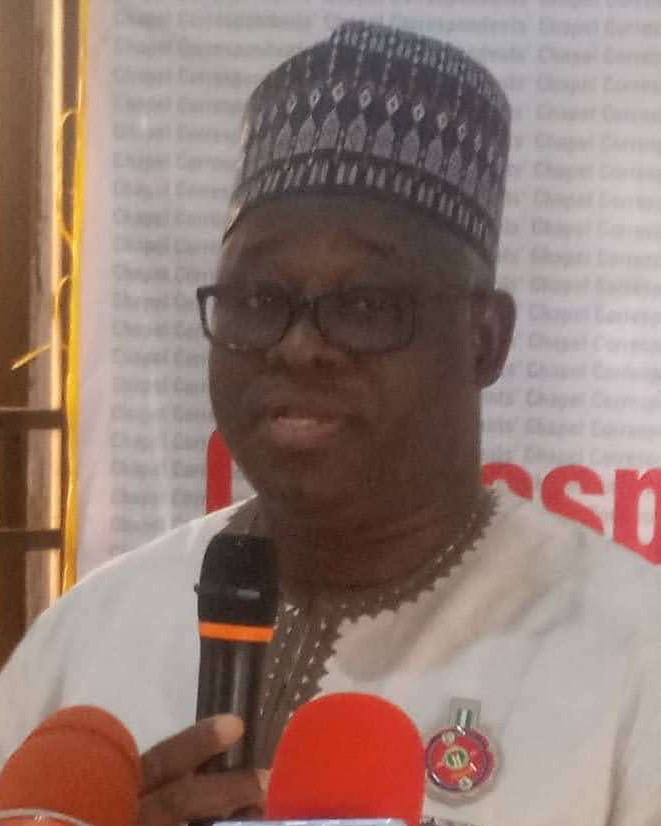 The Nigerian Senate has not dumped plans to override President Muhammadu Buhari’s veto on the 2021 Electoral Act Amendment bill but rather chose to suspend action on it because of the developments recorded at the House of Representatives on Tuesday, a member of the senate, Senator Umar Sadiq, has said .

Sadiq, who is the Chairman, Committee on Rules and Business, added that members of the senate also thought it wise to speak with stakeholders and constituents before making a final decision on the issue.

Noting that overriding the president’s veto requires a two-thirds vote of both chambers, however, since the House of Representatives was in recess having on Tuesday adjourned until January 2022 without a decision on the issue, whatever the Senate may have chosen to do would according to him be an exercise in futility.

Sadiq , who represents Kwara North, said this on Thursday while taking questions from reporters during the ‘Newskeg’ programme organized by the Correspondents’ Chapel, Nigeria Union of Journalists, Kwara state council.

The programme was held at the NUJ Press Centre, Ilorin.

He added that rather than the senate getting condemned for inaction or getting accused of backtracking, Nigerians should instead await its decision.

‘Did we do a u-urn? No we did not do a u-turn. Did we believe in what we wanted to do ? Yes, most people believe in it. What is the issue?

We said let us allow party members to take decision on who will represent them and we passed the law.
The president came back with his position that he would not assent the bill and he gave myriads of reasons, some of those reasons, we believe, some we don’t believe and some we are confused , some we are doubting.

The senate was ready to override the president’s veto and say ‘no we are going ahead with it’, there was a debate , we moved up and down but unfortunately for us while we were taking steps to override the president’s veto the House of Representatives did not address the issue, they felt that it is a hot matter that needs more consultations, more engagements so they say let us pass the budget, let us go for holiday , consult, think properly and we will come back and do what we should do.

For us in the senate we were preparing to do what we wanted to do but when that information came to us , putting constitutional provisions into consideration, even if we as a senate had decided to override the president’s veto it will be null and void .

In the wisdom of the senators we said ok since this issue would not be addressed in the house of representatives for now let us also step it down and go and do the consultations and allow our constituents and stakeholders to give their take, when we resume we will do what the people want us to do or what we have seen as being the best thing in the interest of Nigeria, so it was not a u-turn but a strategic decision’ he said.

The senator, who said he has sponsored twenty bills that have gotten to the second reading stage , said they were meant to strengthen Nigerian systems , democracy and good governance and also address issues that have to d with some professions.

These bills include the National Assembly Budget and Research Office (Establishment) Bill, 2021 and a bill to make the president give state of the nation address to ensure direct engagement with the people.

Sadiq said the 9th National Assembly at its inception though had big plans for oversight functions, the COVID-19 pandemic has however hindered this and made it impossible for the federal lawmakers to get this done to the desired level.

The federal lawmaker said apart from carrying out his legislative dirties, he has also touched the lives of his constituents positively while disclosing plans to hold a mega empowerment programme next month.

‘I cannot list what I have done for my people if we go by what politicians count as projects like someone constructing a motorized borehole in a community and calling it a project that he will inaugurate and celebrate , therefore if Iam to count projects like that I did over one hundred projects during my first year in the senate.

During the second year I also had over one hundred but the way I will go about it is to what has been my strategic focus?

I have done a needs assessment to know the challenges being faced by my people and I asked what can do to help our people? There are eight key areas that are our major challenges in Kwara North including education and health.

As a development worker I do know that the key drivers of development are essentially education and health , educate people keep them healthy give them the needed opportunity, they will be productive and there would be progress and developments. So Iam interested in health and education first , thirdly Iam interested in water because we have extreme water challenges in Kwara North and water is directly linked to health where there is no water, there is problem so water became my third priority , addressing infrastructural challenges in the area of power , road and bridges. And it has become part of my interests. We also need to empower our people and how do we empower them? You give them skills and training and the facilities they need to be productive and self -independent.

Agriculture in the major occupation of our people and we have the herders, farmers and others. We are renovating and rebuilding seventeen primary health care centres across the district, people also call to tell me about health challenges and request money for surgeries and how many people will have opportunity to get through to me so we felt the need to institutionalize it and to do this we have carried out medical outreaches , various surgeries were performed for people, there is one that is ongoing in Patigi and for the first two years we have done fourteen medical outreaches and we will continue to do this. In the education sector, we are interested in renovating classrooms, making learning materials available people also need scholarships and we have given scholarships to people for MsC and PhD degree programmes overseas.

We have also secured scholarships for two among my constituents and we are processing scholarship for some people and we hope by the end of the year we would have had ten people that have enjoyed such scholarships.

Iam also offering scholarships through my foundation . when it comes to water what we do is to continue to provide boreholes for the people our target is to ensure that we have one borehole per ward every year and this will make it fifty eight boreholes yearly but we have done more than that , roads are very expensive but we have made sure that we tried to intervene in some township roads even if it is one kilometer , five hundred meters asphalt we do that for rural roads too we try to grade roads through my foundation, bridges have also become a priority and we have constructed several bridges across all the local governments’ he said.

Commenting on the recent decision of leaders of the leading opposition party, the PDP that the Kwara North would be allowed to produce the person who would run on the party’s ticket , Sadid who is the most senior political office holders in the senatorial district submitted that the said decision should be considered and allowed to remain a PDP affair.

‘The answer is very simple, we in Kwara North are very decent and good people. we are enterprising we are very smart and hardworking and I do think that we deserve to govern Kwara like people from the other zones so that we can feel included and we would be able to show Kwarans what Kwara Northerners can do I believe in that .

But the question you have asked me how do you say you are zoning to Kwara North . we are operating a multi-party democracy and everybody belongs to a party I was told that PDP has zoned governorship nomination to Kwara North I don’t belong to PDP what PDP does is honestly not my business? He asked.

Sadiq also said he would take steps to retain his parliament seat in 2023 if asked to do so by constituents.

‘If you peruse the book I published you will read about I became a senator, the title became controversial because people misunderstood it .

We tried to explain that the title was to encourage people to buy the book and that it was to illustrate how I was able to get the ticket and when you read the book it was stated that it was thirty days to the primary election that my people came to ask me to contest , they supported me and I won , well , like you said that you have heard about it , if my people ask me to contest again, I will’ he said.