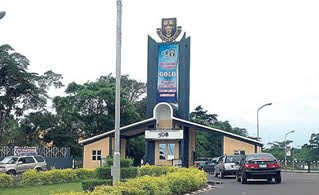 Some youths launched an attack on him and members of his entourage when he went on an inspection of the university land said to have been annexed by the community.

One of the security men of the institution was hacked with a machete by the hoodlums who shot sporadically into the air to scare the university community members.

Also on the entourage of the vice chancellor were university management, the Chief Security Officer of the institution, the university’s Public Relations Officer, Mr Abiodun Olanrewaju, members of the Nigeria Union of Journalists (NUJ), among others.

Trouble started when the vice chancellor led the team to the land, but his intention to access the occupied part angered the already-charged Ife youths who ordered those inside the vehicles on the vice chancellor’s entourage to remain inside or be killed.

The armed youths who blocked the old Ife-Ede road where they waylaid the university officials on their way to the land located at Parakin area of the town, as they also displayed guns, charms, cutlasses, clubs, cudgels, broken bottles and others to demonstrate their seriousness to attack the university officials. Professor Ogunbodede condemned the development, which he described as inhuman.

“The Federal Government has also given us substantial amount of money to start the fencing. They are conscious of the fact that we have a council for the university.

“The council is also conscious of the fact that we have maintained cordial relationship with the community and we will continue to maintain that relationship, but not at the expense of the university land.

“We are not going to allow people occupy the gazetted land without approval from the Federal Government.

“If the Federal Government decides to reverse it, no problem; but as far as that is still standing, it is going to be difficult for anybody to just cede out of the university land.

“The Ooni of Ife is aware and he has given us his words that he’s trying to ensure that sanity prevails and we will all live in peace.”

Reacting to the development, the Ooni of Ife, Oba Enitan Ogunwusi, speaking through his Director of Media, Mr Moses Olafare, charged the management of the institution to investigate the incident, adding that the palace would also look into the matter.
Tribune

TAGOAU VC Officials Attacked In Ile-Ife
Previous PostOut of 170 universities in Nigeria, only 25 universities are fully accredited – NUC Next PostTraining of politicians, panacea to end bad governance in the country.