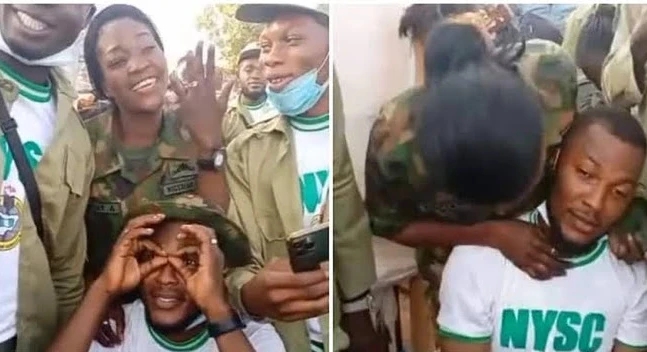 The Director of Army Public Relations, Brigadier General Onyema Nwachukwu, has spoken about the recent detention of a female soldier, who was arrested few days ago.

General Onyema said that no female or male soldier is allowed to get married in service until after some years.

Recall, few days ago, we reported about the female soldier that was arrested following a viral video showing when she was hugging and kissing a corp member who proposed to her in Yikpata, Kwara State.

Reacting to the arrest of the female soldier, the Army Director said that the soldier went contrary to five rules of the military and that among them is that soldiers are not allowed to get married until after serving for three years.

While speaking on the offence of the corp member, Nwachukwu said that the soldier in question violated Fraternization while on official duty at the camp, by indulging in an amorous relationship with a trainee.