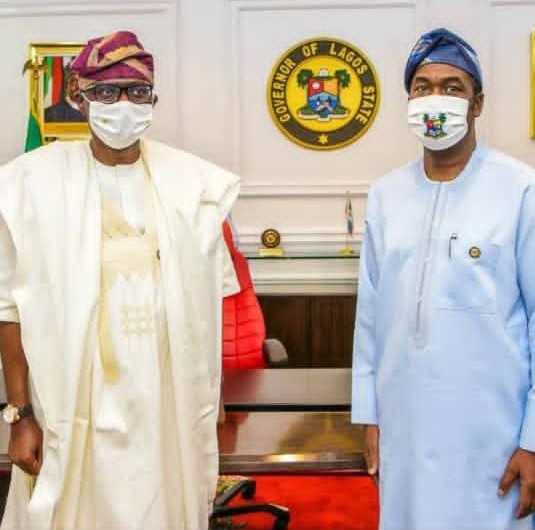 Lagos State has been at the forefront of all ratings both locally and internationally,not long it attained AAA in both local and international transactions which included a unique performance of bond management among states in recent times.

Since the inception of Sanwo-Olu’s administration in 2019,the budget performance and revenue generation had tripled which resulted in all round infrastructural breakthrough in Lagos state in areas of Health, Education, infrastructure and other social services in the state.

The positive development in Lagos state in the last few years has made the cosmopolitan state the darling of investments and investors in all areas amid global challenges of COVID and Endsars.

From extraordinary performance to all high time ratings of AAA from AA+,Lagos had become the hub of all round development in all ramifications.

This was a result of the successes recorded on the bond management since the inception of the present administration, beginning with N100B bond from the security market to another N185B and now the Green Bond of N25B for a face lift of Lagos infrastructures.

The new green bond aside enhancing socio, economic and infrastructural development of Lagos among many other demands will create job opportunities, that will guarantee climate change, promotion, economy among other contending social services.

Lagos being the frontline states to attract the green bond outcome of Fitch international rating for states,good standing on debt sustainability and resilience as well as Financial Sector Deepening FSD.

Launched in 2018 after the Memorandum of Understanding MOU between governments inline with the provision of sovereign and non sovereign states for all round development of states, with Lagos State at the forefront.

Having met and transcends all the criteria of development of the states,Lagos with deep sustainable funds for infrastructural development,to create more opportunities,through prudent, discipline management of resources that attracted investors and investments leveraging and runner of the new green bond.

Coming at a time Lagos State has jerked the Internally Generated Revenue IGR from the low time to 40s monthly, as well as the unique 7,400% ahead of all the states of Nigeria between 1999 to 2021,ranging from N600M to N45B monthly.

With this remarkable feat coming in the last two years of Sanwo-Olu’s administration,the growing demand for bond assessment and utilisation in both local and foreign capital market, had placed it as a one stop shop for investment and investors among the comity of states in Nigeria.

The growing competition of investing in Lagos state in recent times ,will on the long run result in multiple investments not only in the neighboring states but across the states in Nigeria.

With the current strides of management of finances by Lagos State government,it is obvious that in the course of time,the state will open up more avenues for continuous and parallel breakthroughs of the biggest hub in African continent.

Abubakar Yusuf Is A Journalist, Writes From Abuja and can be reached on yus.abubakar3@gmail.com.