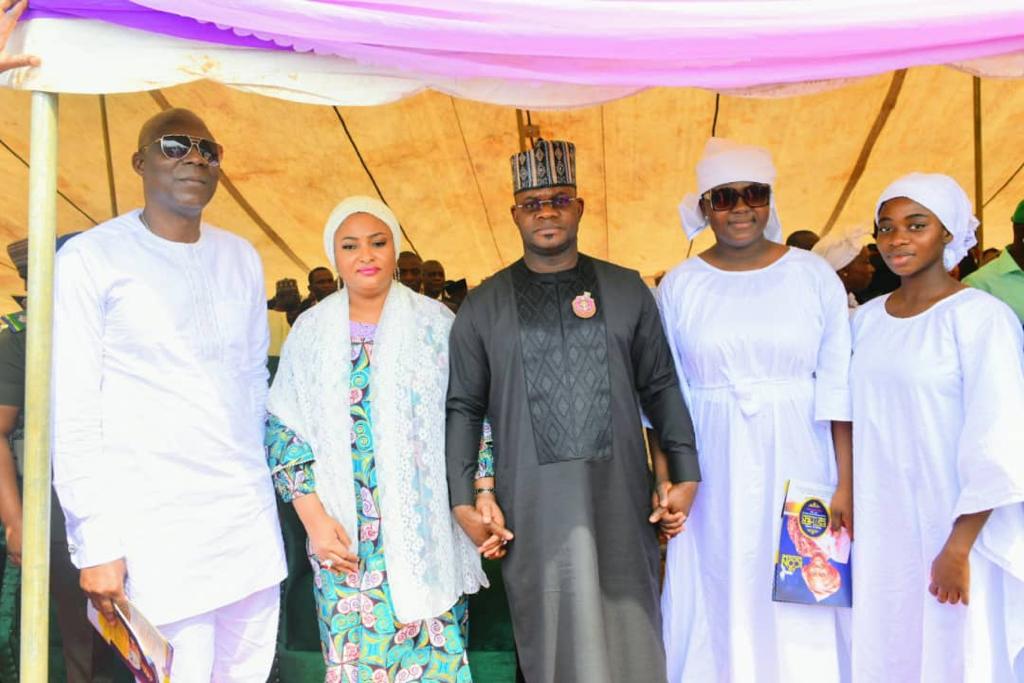 Kogi State Governor, Alhaji Yahaya Bello has once again sympathised with the Speaker of the State’s House of Assembly, Rt. Hon. Prince Matthew Kolawole over the death of his wife Pastor (Mrs) Esther Kolawole.

Governor Bello was among the dignitaries that attended the burial ceremony to pay their last respect to deceased wife of the Speaker.

In his message, he urged everyone to prepare for death at all times as no one knows when it will come.

He charged members of the society to always remember death in all they do, adding they should act in accordance with with the way of God.

While noting that every living soul shall give account of his existence on earth, Bello said Pastor Kolawole lived a life completely dedicated to service to God and humanity and urged the living to learn from her exemplary lifestyle.

Governor Bello, while condoling the Speaker, family of the deceased and other well wishers, described her exit as a trying and tough moment for the state.

Bello described Pastor Kolawole as a virtuous and God-fearing woman of God who had stood firmly behind her husband at all times in the course of their marital journey until she was called home.

The governor said Pastor Kolawole had left a great vacuum and would be greatly missed by the people for all the roles she had played during her lifetime, urging the people to take solace in the fact that she lived a good life.

He reiterated that the state government will stand shoulder-to-shoulder with Rt Hon Mathew and his family at their trying moments.

The governor condoled with the entire family of Prince Kolawole, the state assembly and the people of Kabba Bunu constituency.

He prayed God to grant the Speaker and his family; the House of Assembly, the people of Kabba Bunu and the entire state fortitude to bear the loss as well as grant the soul of the deceased eternal rest.

Pastor Mrs Kolawole was survived by her husband, children, siblings and aged mother.

The governor was accompanied by his wife and the First Lady of Kogi State, Mrs Rashidat BELLO, Commissioners and other top government officials.