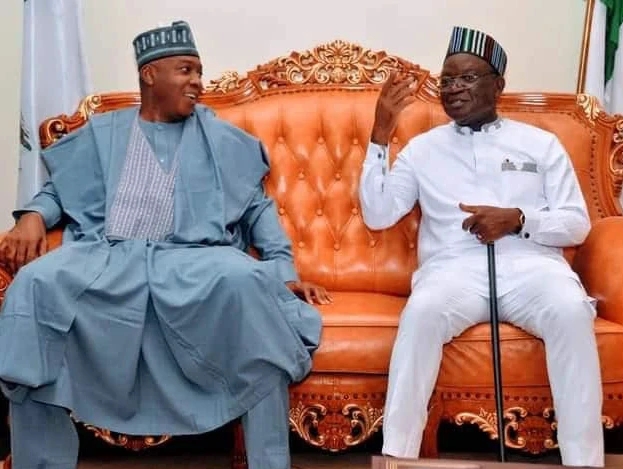 The former governor of Kwara state, Dr Bukola Saraki, wants to contest for presidency in 2023.

Saraki, during a recent visit to Governor Samuel Ortom of Benue state declared his intentions to run for president in the 2023 general elections, The Punch reports.

The former Senate President, took to his official Facebook page to announce his visit and shared photos on Tuesday, November 23.

According to a report by Vanguard , Saraki was in Makurdi with former Governor of Kogi state, Idris Wada, former National Chairman of the PDP, Kawu Baraje, Senator Suleiman Adokwe, and the Chairman of Council, Saraki for President Campaign, Professor Iyorwuese Hagher.

The former Senate president is said to have stated that: “A political party that cannot organize its affairs has no business leading this country. A party that has organized its affairs is ready to lead the country and that is the PDP.”

Governor Ortom, on the other hand, stated that the PDP was on a rescue mission to save Nigeria from the current All Progressives Congress government.

Ortom also noted that Saraki was the first from the North Central zone to declare his interest in running for president.

Just recently, the former Senate President Bukola Saraki reacted to speculations that he may dump the Peoples Democratic Party (PDP) for the All Progressives Congress (APC).

ALSO READ:  Ministry of Information and Communication charge to holistically comply with TSA

There have been rumours that the ex-governor of Kwara state will pitch his tent with the ruling party for the 2023 election if he fails to get the presidential ticket of the PDP.

According to him, it would be unfair to think he would join APC, adding that when he ran for the presidency and didn’t get the ticket he offered himself to be the DG of Atiku Abubakar’s campaign.

Speaking further, Saraki hinted that a former governor and some APC bigwigs will soon defect to the opposition party,The Punch added.

The former president of the Senate revealed that the APC members were concluding plans to defect ahead of the 2023 general election nationwide.

ALSO READ:  It Is now offence for any School-age child not to be In School - Kogi Govt
Tags2023: Former Governor of Kwara State Declares Intention to Run For President