The world today lives in the midst of such an economic recession in the history of mankind. But the good news is that economic recovery is a universal possibility and it has been proved in several parts of the world.

History records that Nations of America went through a great time of economic depression yet today, the world’s economy is determined by the value of the American dollars.

China has become a nation to watch today, because it is gradually taking over economically after a process of recovery. China is taking over not because of its population, as it has always been highly populated, but because there is an economic re-awakening that is repositioning her in the forefront economically.

At independence, Singapore was assisted by Ghana. But today, see the gap between Singapore and Ghana, it cannot be measured. The G8 is powerful, not because of its political system, but due to its economic power.

The economic recovery process of our great continent can never be by the efforts of foreigners. History shows that every recovery process was engineered by the Nationals of that country not foreigners.
Today, the world has no regards whatsoever for any input in world affairs from Africa, because of her poverty.

Africa has no voting power, our population notwithstanding. Population wise, Africa is about twice the size of the United States of America, but our almost six hundred million population is of no consequence to the world.

ALSO READ:  Entertainment: The Legend of Inikpi, Mercy Johnson Puts Kogi On The Map, commends Kogites for their support

Though Africa’s input in America’s sugarcane plantation as labourers played a major role in revitalizing the economy of America, the Africans are not considered as any creation of relevance. Why? The voice of the poor continent is not heard.

No matter what we know as Africans until we recover our economic dignity, we will remain the Foot Mat of the world. That is why economic recovery is a must. Our human dignity as Africans depends on that.

La’Niyi Africa is a pan Africanist and Africa is his passion. He is on the mission to advocate the recovery of the continent economy, her history, her rich culture and sustainable development. Thereby redeeming our values and dignity as Africans. 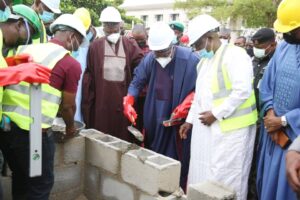 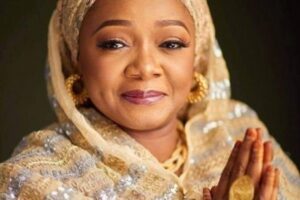 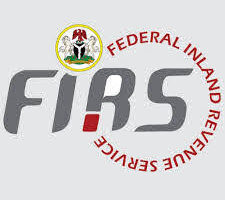 FIRS Digital Tax Drive, And The Endorsement Of Government.

FIRS Digital Tax Drive, And The Endorsement Of Government.
IMAAN; Managing Humanitarian Crises In Nigeria For An Egalitarian Society.
Comment