As the 2023 game ball begins to unravel, a renowned academician and chieftain of the All Progressive Congress, Professor Shuaib Oba AbdulRaheem is preparing to throw his hat into the ring for the gubernatorial election in Kwara State, The Informant247 has gathered.

A source disclosed how members of the inner caucus of the Talba of Ilorin have been drawing out strategies for their principal to run against incumbent Governor AbdulRazaq AbdulRahman ahead of the 2023 elections.

When contacted, a member of Prof. ObaThinktank who confirmed this development, expressed confidence in his ability to easily clinch the governorship ticket under the All Progressives Congress, citing the wide acceptability he enjoys from Kwarans and political elites referencing his intellect and antecedent. He added that they have been reaching out to people on why it is not necessarily a candidate from Kwara North.

“Though Professor is yet to come out in public about the ambition,” the source disclosed. “But we have been in private talk with people that believe in his ability and ambition.”

The crisis rocking the state ruling party has made many aggrieved chieftains pitch tent against Governor Abdulrazaq. Collective strategies have been in play on how to unseat the governor – who is presently battling many political factors. Despite various efforts to reconcile them, the factions are still at war.

Stakeholders are in a dilemma as claims and counterclaims continue to trail the suggestion on which zone will take the governorship ticket against Governor AbdulRazaq– irrespective of the party – in the 2023 polls.

Political Analysts have continuously advocated that the Kwara North Senatorial District should take the slot considering the fact that the zone has not been opportune to produce the governor of the state after Sen. Shaba Lafiaji in 1992 who spent less than 2 years in office.

Nevertheless, Prof Oba Abu’sdecision to contest again might have been driven by the incident that occurred during the last primaries, when political observers believe he won the 2019 APC primary election. His supporters have since then accused the incumbent governor of stealing his mandate.
theinformant247.com

OF 2023, THE DRAMAS AND THE MELODRAMATIC 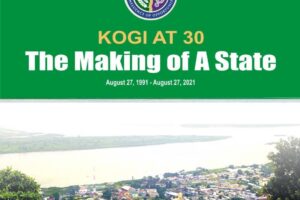 UBEC; Why Hamid Bobboyi Was Reappointed For Another Term.

Senate Passes Direct Primaries For Political Parties: No More Dollarization Of Party Primaries
I am not leaving PDP for a party that pushed me out
Comment