Sadio Mane of Liverpool Football Club of England has narrated why he decided to build a hospital in his home town in Senegal.

The former Southampton forward, 29, who recently reached 100 goals for Liverpool, said his father died when he was 7 years, because there was no hospital nearby to treat him.

Mané on his father: “I was 7 yrs old. My brother came over and said, ‘Our father is dead’. He had a stomach ache… there was no hospital, he was taken to a healer in another village and he died there. This is one of the many reasons I decided to finance a hospital in my village.”

ALSO READ:  US based Association to help revive Baseball, Softball in Africa

Mane who joined Liverpool in 2016 has so far won the Champions League, Premier League, Super Cup and the FIFA Club World Cup during his time on Merseyside.

TagsMy Father died because the Hospital was too Far- Sadio Mane 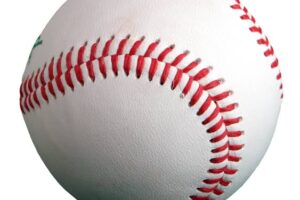 US based Association to help revive Baseball, Softball in Africa

US based Association to help revive Baseball, Softball in Africa
Comment